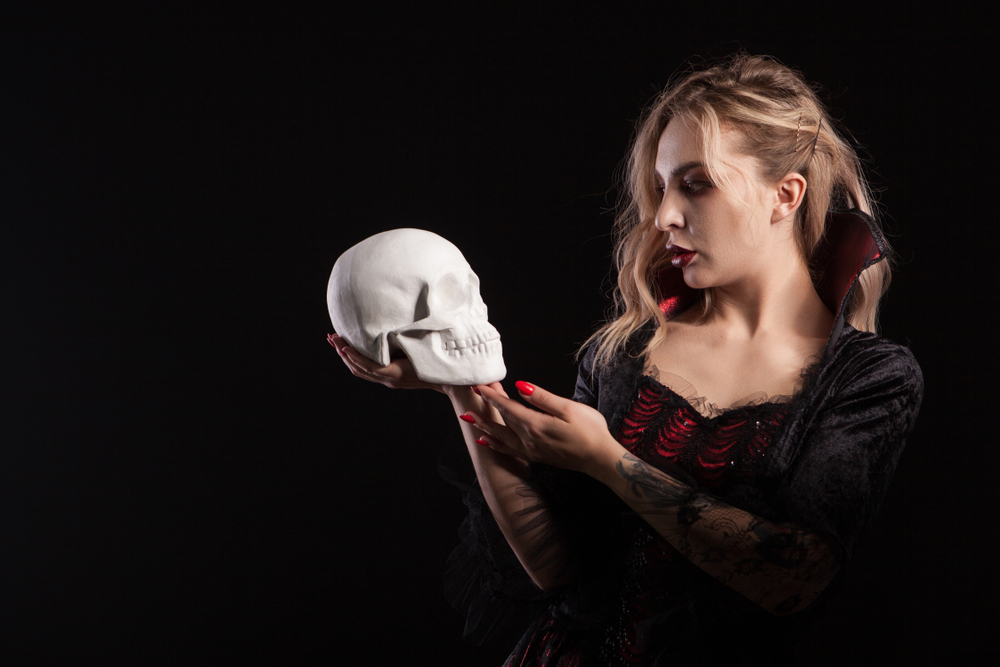 One of the most commonly made arguments in the manosphere concerning female socialisation in the West is that women are most often raised to behave like children and remain in an eternal state of emotional and psychological childhood throughout their lives. The blue pill world facilitates this process by treating women like delicate princesses when they are young, encouraging them to use makeup and cosmetics to maintain their neotenous appearances, blaming either ‘the system’ or a conveniently located man for their heinous criminal activity, ensuring their safety through male adherence to the dictates of chivalry, pumping feminist dogma into their young minds about their permanent victimhood at the hands of evil men (which ironically leads their subjective wellbeing to be less than that of such men) and so on.

In this essay, I would like to articulate an existentialist interpretation of the motivation that seems to lead women to gleefully both accept and become complicit in this process of socialisation, focusing particularly on the concept of death anxiety. I would also like to point out that the content of this essay is going to be highly speculative, especially where I discuss the unconscious mind.

Death anxiety and how we tend to cope with it

In 1980, American psychiatrist Irvin D. Yalom published a text titled Existential Psychotherapy, one intended to provide instructions for how mental health professionals can practice this eponymous brand of psychotherapy, a brand concerned with concepts such as free will, responsibility, meaning, and others and how they relate to the development of psychopathology. In this text, Yalom focuses on what he contends are the four, “ultimate concerns,” (page 8) of existence (and thus the four main areas of concern for existentially inclined therapists) – death, freedom, isolation, and meaninglessness. Yalom’s discussion of the first of these four concerns centres heavily around death anxiety, which can be defined as the fear of death, and thus of anything that one perceives as posing a threat to one’s existence.

Yalom argues that death anxiety is a key cause of psychopathology and is thus a kind of anxiety that an existentially inclined therapist must be trained to address to ensure that his or her patients have any chance of overcoming the illnesses that plague them. He additionally notes that even though, “all human beings,” must contend with death anxiety at some point during their lives – because, ultimately, we will all die – “some are unable to cope with it,” (page 13) because they either neglected or were unable to develop solid defence mechanisms during their younger years; it is the latter group of people who go on to develop mental illnesses in their adult lives that are rooted in death anxiety.

Someone who uses the latter of these two mechanisms believes that there is a, “personal omnipotent intercessor,” controlling the world or universe who, “eternally observes, loves, and protects,” (page 129) one from the prospect of death (put simply, this being can be relied upon to rescue one from death). This being need not be a supernatural one; he or she may also be, “a leader,” or, “some higher cause,” (page 129) to which one devotes oneself zealously. Believing in the existence of this ultimate rescuer leads one to fail to adopt full responsibility for one’s destiny; after all, one will not do this if one believes that one’s life is being controlled or influenced by an external force who can be relied upon as a provider of safety.

It is also worth mentioning that a concrete action that one can undertake to assuage one’s death anxiety is that of reproduction; doing so comforts one with the belief that even after death, one will continue to exist in both the memories and the genetic code of one’s children. You could even argue that death anxiety underscores much of the angst that single women begin to experience once they hit their thirties and realise that they have no men in their lives with whom they can reproduce.

Women generally seek to reproduce with men whom they perceive as having the capacity for dominance and aggression, but who can also protect them and provide for them; women’s instincts lead them to seek out men whom they can depend on to provide them with a degree of security in their lives. In essence, women seek out men who can play a role for them that resembles that of the ultimate rescuer – the being who stands between them and the threat of death or anything that resembles it – and evidence in the form of men laying down their lives to protect women from the prospect of harm seems to suggest that men largely seem to believe that doing so is an obligation of theirs.

We can even link this idea of man as woman’s ultimate rescuer to the phenomenon of women using the term ‘daddy’ as a sexual compliment for their boyfriends/husbands. Even though this term is normally used in the innocent context of young children addressing their fathers, women’s use of it in reference to their boyfriends/husbands arguably suggests an unconscious association between the roles that these two men play during pivotal periods of their lives.

By using this term in a sexual context, women are associating the dominance and control exhibited by the men whom they call ‘daddy’ with the dominance and control that fathers typically exhibit when treating their daughters like princesses. Just as their fathers shielded them from harm when they were both legally and physically childlike, their boyfriends/husbands will do the same for them even when they are only capable of pretending to be physically childlike.

Man, the devoted protector of woman

By unconsciously arguing to themselves that they still have a ‘daddy’ who will watch over and protect them – even during adulthood – women can maintain the illusion that they have an ultimate rescuer in their lives who will protect them from both death and anything that threatens them (such as, in the case of the modern woman, responsibility). Due to men’s willingness to play this role in women’s lives, woman is consequently permitted to be – to quote Esther Vilar in The Manipulated Man – “a human being who does not work” (page 10); in this context, she does not need to work to embrace and thus transcend her death anxiety. Why prepare yourself to confront an enemy that you almost never need to face?

One of the patients discussed by Yalom in his text, a 40-year-old woman named Karen, acts as a prime (albeit extreme) example of this kind of female mindset. He reports that she entered therapy for several reasons – most notably her, “masochistic sexual propensities” – and that she quickly, “devoted herself to the project of eliciting care and concern,” from Yalom, eager to paint him as her larger-than-life ultimate rescuer (page 135). He also writes that her, “masturbatory fantasies,” consisted of her being afflicted with some kind of illness and him, “feeding and cradling her,” (page 135) as if she was a baby. Whenever Yalom was, “stern,” with her or, “expressed any irritation,” towards her, she experienced, “sexual excitation,” (page 135) as a result, evidently taking pleasure in Yalom’s attempts to act authoritatively towards a disobedient patient.

Yalom summarises the essence of Karen’s belief in him as her ultimate rescuer by describing how her, “sexuality joined in the pursuit for safety and deliverance,” and that to be, “punished was to be protected,” because punishment was a sign that, “limits were being set,” by her ultimate rescuer (page 135). It is worth noting that Karen only began to, “work truly effectively in therapy,” (page 137) once Yalom refused to continue to treat her, and thus forced her to become independent in a manner to which she was not accustomed.

As women grow into adulthood, they begin to experience a form of death anxiety that is associated with their awareness of both their desire to reproduce and their aging. By continuing to act in a childlike manner with the use of neoteny, the avoidance of responsibility, appeals to men’s undying desire to be sexually validated by women, and more, women are thus able to reinforce their own belief in the presence of an ultimate rescuer in their lives – a man who will both provide them with an easier life and protect them from harm, even at the cost of his own life, just as their fathers would have happily done. To conclude with yet another passage from The Manipulated Man (page 18):

Woman’s greatest ideal is a life without work or responsibility – yet who needs such a life but a child? A child with appealing eyes, a funny little body with dimples and sweet layers of baby fat and clear, taut skin – that darling miniature of an adult. It is a child that woman imitates – its easy laugh, its helplessness, its need for protection. A child must be cared for; it cannot look after itself. And what species does not, by natural instinct, look after its offspring? It must – or the species will die out.