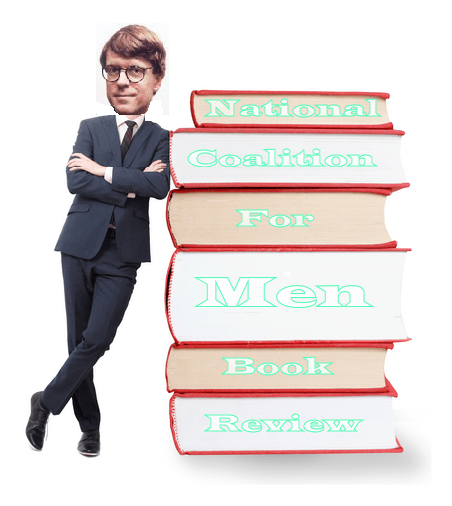 NCFM NOTE: This book review is eight years old but as relevant today as it was then!

Bedrooms, Backseats & Courtrooms: The Truth about Sex in America Today. By Fathers by Choice.  Unknown Place of Publication: FBC Publication, 2008. 198 pages.  No price listed on book but amazon gives list price as $24.95. New copies currently available on Amazon for $0.99 plus shipping.

An anonymous writing team has put together this engaging book addressing a topic that is important yet badly neglected, at least at book length.  The impetus for the writing of BBC is succinctly stated in the introduction: “[T]oday’s culture has created a virtual minefield in the bedrooms and backseats of America, and … it’s become a short trip from the bedroom to the courtroom.”

The book’s thesis immediately follows: “The reader will learn that before every male, regardless of age, lays a treacherous maze, full of danger and penalties that could deeply affect him for the rest of his life.  To survive the reproductive jungle created in our modern society, every American male must be 100% sexually defensive.”

One could almost stop reading there, and yet much helpful advice and information lies in store for us, greatly exceeding what the reader might anticipate based on the relatively narrow topic.  We are reminded that, infuriatingly, American judges know that fully 30% of DNA tests would prove that an accused father is not in fact the parent of a child but paternity is assigned anyway.  Worse, even once a DNA result proves a man’s lack of connection with a child, often he is still forced to continue to pay child support and even jailed if he fails to pay.

The writing team seems fairly judicious, noting that cases of female deception are statistically the exception but that nevertheless, “many pregnancies which appear to be accidental are actually planned by the female, without the knowledge or consent of the male.”  This is why, in the authors’ fully understandable and laudable view, “Every boy or man having sex must trust only himself!”

Some stories are downright shocking.  One woman had oral sex with her boyfriend, hid and saved the sperm, implanted it into herself without his knowledge or permission, and than succeeded in obtaining a child support order against the unwitting father!  A teenage babysitter committed statutory rape of a 12-year-old boy, then successfully sued the victim for child support!

The authors do a good job emphasizing the remarkable biological disparity between male and female reproduction, whereby a representative woman just under 400 ova (usually all created while she is still in the womb!) and a man creates 2.5 trillion sperm whose sole purpose is of course to impregnate one of the ova.

The writing team crafts a convincing argument that family courts’ treatment of fathers violates our constitution’s Fourteenth Amendment by denying males equal treatment under the law.

The authors have some concrete suggestions that sound as if they would be extremely helpful though some may be difficult to institute: Require a DNA test before paternity can be assigned by a court.  Require all states to allow child visitation regardless of the status of child support payments, so that an opportunity exists for a father-child relationship to flourish.  Consider a family’s financial status when assigning child support, and cap child support payments regardless of family income to discourage “gold digging.”  Allow for reversal of child support awards when a man is proven not to be the father of a child for whom he paid child support.  Stop the federal government from rewarding states with financial incentives for doing the wrong thing, namely, for assigning paternity regardless of whether the assignee is actually the father of the child.  Finally, and perhaps most critically: Paternity fraud should be made illegal and seriously punishable in criminal court.

The writing team provides a very useful and comprehensive list of possible reasons for a man to delay having sex with a woman: because “safe sex” is a myth; because an abortion can be hell for her;  because some forms of ostensible “birth control” might more accurately be characterized as forms of abortion; “because all actions come with payment due”; because sexually transmitted diseases abound; because of health problems caused by the pill; because the nightmare of paternity-based child support collections will never stop; because sex at this time might be wrong for you; because waiting really does make sex special; because sex will change your relationship; because you have respect for her; because preoccupation with sex can be devastating; and because sex is not love.

The authors then devote a chapter that I very much appreciated to the badly neglected topic of the lack of birth control alternatives available for men and the downsides of vasectomies.  Why aren’t there more male-controlled methods of birth control?  Part of the answer seems to be that pharmaceutical manufacturers seem to assume that the required research and development investment is too risky given the current guaranteed profits for female-controlled birth control methods and perceived open questions about men’s interest in birth control.

Fathers by Choice encourage men to consider becoming a “sperm mentor” to guide a younger boy or man toward making the best paternity-related choices to protect himself and his future.

Really a fine and badly needed work that I would strongly recommend to anyone, male or female, young or old, regardless of wherever reproductive choices you may have made in your own life.  Bravo!