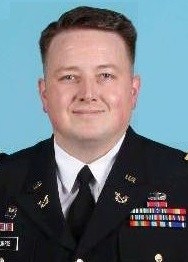 NCFM published the case of Army Major Burris in February 2015 .

Since I also served in the 82nd Airborne Division, so I have had an interest in this case. I have had a number of conversations with his family members and friends, all of who are devastated by such extreme injustice.

Major Burris, an attorney and then Fort Bragg North Carolina’s, 82nd Airborne Division’s chief prosecutor was convicted of several sexual misconduct charges; charges made by a lying and vindictive ex-wife who was attempting to gain full custody of their daughters, as well as for financial reasons.

The persecution of Burris however was not without the enabling of CID agents and other JAG prosecutors, as a result of his outspoken criticism of the way the Army was sending dubious sexual misconduct cases to court-martial that were lacking in truth and probable cause.

What a lot of people don’t know, was that Major Burris had testified for the defense in two cases; one of a soldier facing sexual assault allegations wherein he revealed the truth, of the military’s desire to get convictions involving allegations of sexual misconduct; regardless of their truth or veracity.

Major Burris had made enemies in the JAG Corps when he testified in one of the hearings that the JAG Corps was pressuring prosecutors to send all sexual misconduct allegations to an Article 32 Hearing, and further to a court-martial. He also testified that there was a “blanket” directive to prosecute all such cases; something that we already know is fact.

Major Burris was quoted in his testimony, stating, “I know enough about what’s going on. If I wanted to, I could embarrass the 82nd (Airborne Division).”

Major Burris  has maintained his innocence from the beginning and is working on clearing his name from behind bars. He recently sent a memo to the Commanding Officer of the Army JAG Corps; Lieutenant General Flora Darpino. The memo which can be found here, essentially guts the entire case, including the egregious misconduct of some of those involved in the process. 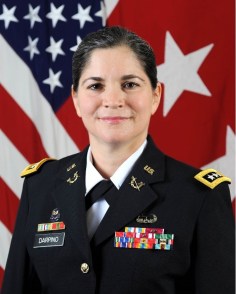 The Army’s highest ranking JAG officer is no stranger to the pervasive unlawful actions of many of her prosecutors. On August 26, 2016. NCFM sent a letter to LTG Darpino, advising her that NCFM had identified a number of violations of attorney professional rules of conduct as well as potential crimes committed by rouge and ethically void Army prosecutors in the Major Kit Martin case that we have covered extensively on these pages.

It would seem now with the NCFM letter to LTG Darpino on August 26th, and the memo sent to her by Major Burris on September 9th; both documents are explicitly clear that there certainly is something amiss with the way sexual misconduct allegations are handled from the onset, the investigation and the court-martial process.

It appears Lieutenant General Darpino is in violation of the State of New Jersey Professional Rules of Conduct, specifically Rule 8.3(a)(b) which says that any licensed attorney has a statutory obligation to report attorney misconduct when they become aware of it. New Jersey is the state in which she is licensed to practice law.

There are now many examples published on the websites of former military JAG prosecutors and defense attorneys, now in private practice, of threats by military law enforcement agents to defense witnesses, offers of lucrative cash payouts, awards and lifetime benefits to those who make false allegations, and the routine practice of denying; at every opportunity the defenses ability to present witnesses and defense evidence.

Military law enforcement agents routinely go into the past of an accused, 20 years or more, hoping to find that morsel of dirt to be used against him, and dangling the carrot of transitional compensation and potential lifetime VA benefits. The political term, “pay to play” has been so prevalent recently and the current witch hunt could be classified as “we’ll pay you to play.”

In the current hysteria and manufactured “epidemic,” a mere unfounded, unverified, allegation, some going back 20 years or more, some with the assistance of palm readers, hypnotists and blind counter-intuitive experts espousing their junk science; those allegations are ending up in court-martial with some of the falsely accused sentenced for 20 years or more.

Anyone with a microgram of common sense and an IQ of three above plant life can read between the lines and plainly see that Major Burris, a prosecutor, had a conscience, is a man of honor, and risked his freedom and career by standing up against trumped-up and baseless cases. Consequently, he had to be made quiet. The military has to protect the epidemic of sexual assault false narrative at any and all costs and by any means necessary.

Let’s be clear,Major Burris is not in a prison cell because he committed a crime, but rather because he told the truth. In the meantime, his conniving ex-wife cackled all the way to the bank with her reward money for helping the government convict an innocent man.

If you would like to write to Major Burris please do. He is at the Navy Consolidated Brig at Miramar California. Remember, guards read all incoming mail and record your names and addresses. Major Burris and many other wrongly convicted like him, the wrongly need to know there are others working diligently to bring a sense of sanity back into this process.

The public has little or no idea that our justice systems have been so perverted. If such systematic persecution was against an ethnic group, a religion or women all-wet talking heads would explode across networks like water balloons.

An allegation alone suffices to convict. False accusers motivated not just by revenge, but generous US Government compensation packages including tens of thousands of dollars in cash, medical, commissary, recreation and other benefits, with almost NO sanctions for lying, even when everyone in the process knows of the deceit. Perverted self-righteousness along with dreams of promotion and better retirement drive government-funded advocates, investigators, prosecutors and a host of others to persecute the innocent.

It’s time to speak up! Voices, many voices, are what is needed to stop this horrific abuse and malfeasance. Feel free to write LTG Darpino, the Judge Advocate General of the U.S. Army. Please be respectful and politely ask for a response.

Sexual assaults happen in the military, but there is no sexual assault epidemic in or out of the military, at least not in the USA. It’s a political contrivance hidden behind a lace current of advocacy research and lies – all targeted at men, the disposable sex.