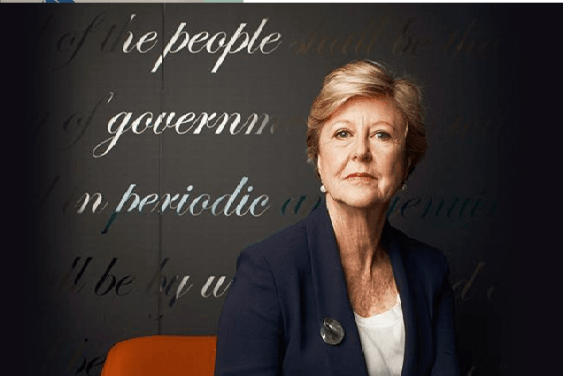 The One in Three Campaign, Australia’s key advocacy organisation for male victims of family violence, has criticized the extraordinary move by Human Rights Commissioner Gillian Triggs to ban male researchers from the 2017 Personal Safety Survey.

“This seems nothing more than an attempt to protect the already heavy gender discrimination influencing and distorting this key survey of violence in Australia,” said campaign researcher Mr Paul Ross.

The survey, conducted by the Australian Bureau of Statistics, is a vitally important piece of research regularly used as the best barometer of family and domestic violence and therefore dictating government policy, resources and funding.

“The public who fund this survey have a right to facts and information that is not distorted by gender-political interests or ideology,” said Mr Ross.

“Few people would be aware that the terms of the survey are dictated and controlled by an advisory group made up of 22 organisations, many of them strongly influenced by feminist ideology. There is not a single organisation representing the interests of men and boys on the group.”

The survey has a long history of gender imbalance, bias and discrimination. The first survey in 1995 was the Women’s Safety Survey, funded by the then Federal Office For Women. It surveyed only women’s experiences of violence.

Following public and academic criticism that it needed gender balance in order to be accurate, males made up a third of respondents to the 2005 Personal Safety Survey, which surprised many by showing that 29.8% (almost a third) of victims of current partner violence since the age of 15 were male.

Ignoring further requests for a 50 – 50 gender split, the 2012 survey featured a vastly-increased female sample – effectively reducing the male sample size to only 22 per cent (around one in five).

Mr Ross says, “It seems Ms Triggs is bowing to pressure from gender-political lobby groups to maintain and protect the questionable and flawed methodology being used to produce desired results for the planned 2017 survey.”

“Further work is required to address domestic and family violence against men and the data on its prevalence, noting that only 22 per cent of the respondents in the Personal Safety Survey undertaken by the ABS were male.”

“With so much at stake in dictating Government policy, including allocating hundreds of millions in funding for services to protect all Australians from family violence, Ms Triggs has a duty of care to taxpayers to ensure transparency, accountability, fairness and integrity in the way this landmark survey is conducted,” said Mr Ross.

“A truly accurate picture of family and domestic violence can only be produced by having gender equity in the advisory group, the survey sample and the research team. Turning it into a survey ‘for women by women’ is not in keeping with the spirit or obligations of human rights and anti-discrimination legislation.”

And feminists call us sexist. They also maintain that because of patriarchy reverse sexism is not possible. If you figure that one out please let us know.