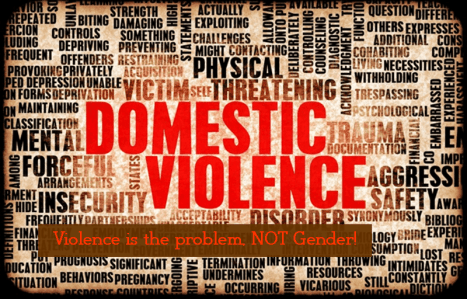 Click on the picture to go the Daily Telegraph.

More than 10,000 male victims of domestic violence have been identified across NSW as the Baird government prepares to spend $13 million over four years on first-of-its kind support programs.

Documents obtained by The Daily Telegraph reveal about 1800 men need “Safety Action Meeting” representation because they are at “serious threat”.

Campbelltown, Mount Druitt and Parramatta were identified as violence hot spots, with more than 400 male victims identified in each.

Upper-echelon localities were not immune, with 263 victims in the northern beaches and 315 victims in Waverley.

Minister for the Prevention of Domestic Violence Pru Goward has backed the scheme, arguing survivors of domestic violence deserve “a strong response and support”.

“The NSW government has a zero-tolerance approach to violence against any person, irrespective of age, race, sexuality, religious persuasion or gender,” Ms Goward said.

Greg Andersen, senior researcher for male victims lobby group One In Three, said resources were “desperately” needed: “We’re aware that male victims of domestic violence are a large and significant minority, yet all the support services are currently for women. Domestic violence against women is awful, but men are desperately in need of support too.”

Mr Andersen said while men were sometimes abused by same-sex partners or male family members, the majority of victims had been abused by women. “There’s a lot of shame about coming forward because there is the perception men should be protectors,” he said.

Western Sydney man “Bill” said he was a victim of domestic violence from his ex-wife between 2007 and 2009 after he was left paralysed by a work accident.

“It started with verbal abuse, she called me a lazy c… and told my kids they wouldn’t get Christmas presents because I was too lazy to work,” Bill said.

“I was in a wheelchair and she refused to get me help to shower or any kind of care.”

The 48-year-old said the abuse escalated with the ex-wife sharpening kitchen knives in front of him and threatening to “stab him”.

“When I called up the Department of Community Services the woman on the phone told me she didn’t believe that I was a victim, because women didn’t abuse men,” he said.

Western Sydney man “Bill” said he was a victim of domestic violence from his ex-wife / Picture: Rohan Kelly

Domestic violence not just a female problem. You’d think everyone knows that. So what are the real reasons for only providing related services to women?