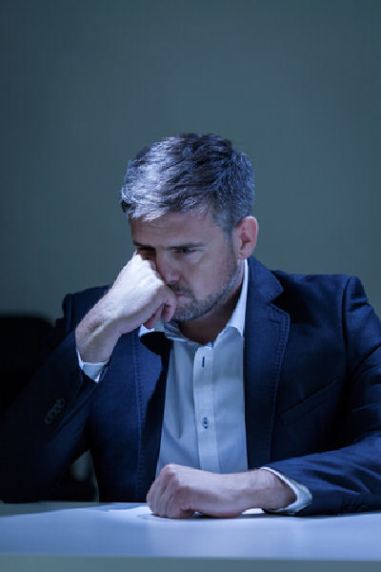 Click on the picture to go to the One in Three Campaign site.

The ABC radio program Life Matters has produced a story on male victims and female perpetrators of domestic violence. Their website says,

So far this year, 41 women have died from domestic assault. It’s a figure higher than terrorism in Australia, and one that we’re struggling to deal with as a society.

The ABS’s Personal Safety Survey, last carried out in 2012, showed that one in six women and one in twenty men have been subject to domestic violence by their partner.

We hear from a female perpetrator and a man who has been abused by his wife for more than two decades.

The two interviews are superb, covering the complexity of experiences of a woman who has used violence in all her relationships (and went to prison for two years for grievous bodily harm), and a man who has experienced years of ongoing violence and abuse from his female long-term partner.

The interviewees talk about the lack of services and support available for female perpetrators and male victims respectively, and the severe impacts this has had on their lives.

They are also extremely critical of the current approach to domestic violence in Australia.

Here are some excerpts from the interviews:

Ginger Gorman (to Rose): There is a cultural problem we’ve got though isn’t there? Whereby people think that women are not violent offenders.

Rose: Yeah, and that’s a big frikking joke ‘cos I tell you what, I know a phenomenal amount of women and if I lined them up you wouldn’t be able to tell them. They aren’t the stereotype. They’re little, they’re tiny, they’re blonde, they’re pretty. And I’ve had conversations over the years with over a hundred women that’ve talked about punching out their boyfriends, their husbands, belting their kids. And, you know, I started talking around about the time I was looking for someone to help me deal with my anger I started talking to different women I knew and all of a sudden because I started talking about it they started talking to me about it too.

Ginger Gorman: If you look at the statistics, there are still more violent male offenders, perpetrators, than women.

Rose: Yeah, I guess that’s what the statistics say but I don’t know. Are they asking the women? And if they’re asking the women, are the women being truthful? ‘Cos, you know, for a long time… there’s a lot of DV in gay couples. You never see any of that stuff show up in the statistics either, ‘cos they’re not asking the right questions. If you presume the men, only the men are violent, then why would you ask the women?

Ginger Gorman: It seems to me that you somehow feel shut out of this conversation about domestic violence.

Rose: Oh, big time. Look, I think the conversation has been hijacked by, I call them “the whiteous”. You know, white, male female, the male feminists, the female feminists. Most of those ones are the intellectual feminists ‘cos I know feminists who were like, they were feminists ‘cos they were being beaten and then they got the feminist moniker later. But actually what they are is very practical pragmatic women. I’m not talking about them. I’m talking about the ones that have come along later, you know, that have you know, it’s a “thang”. It’s like Sex in The City. It’s a “thang”, and like you know it’s a “groovy thang”. You know, you get to get a big Twitter platform, or a big FaceBook, you know Social Media platform and you just become a frikking talking head on Q & A.

Ginger Gorman: What’s your problem then with the way that white feminists, as you call them, are conducting this conversation at the moment?

Rose: It’s too narrow. The conversation is too narrow and it’s like “he said, she said,” you know. It’s too simplistic. I tell you what. I think violence begets violence. I think violence starts… You know there’s a bigger conversation around domestic violence. But you know if you looked at the domestic violence in terms of that it was a petrie dish for psychopathy. A petrie dish for long term misery. Like, you know, wholesale misery in the culture. Man, they would be getting onto it a lot quicker.

Rose: And the thing for me is that while men are… Look I’m not saying that men shouldn’t be held to account. Not frikking at all. But you know what? There’s whole pile of other people suffering out there. I’m pretty damn sure there are men out there that are getting a frikking hiding. There’s probably a man listening to this out there right now who’s probably weeping in his kitchen [voice breaks] because he’s getting a hiding and there’s no-one speaking for him.

Ginger Gorman: I can see that this is really upsetting you.

Ellen Fanning (to Nick): This has been the story of your adult life, from the sounds of it. How has that left you feeling as a man, all those experiences and, in a sense, the official reaction to what you have been through?

Nick: Confused. We go to church and the attitudes towards male victims in my own church is that we’re a very small part of a huge story and you look at the poster up on the wall. They put a poster up saying “Say no to domestic violence” and it has a picture of a man beating a woman and contact numbers below. And you see this all the time. And you feel that you’re excluded almost, or discounted.

Nick: The thing that concerns me about how we are addressing domestic violence in Australia is, we need to step back. At the moment everyone’s focused in a little bit too tightly. Quite rightly so, I can see how there’s developed. But from my point of view, step back, look at the problem as a whole because at the moment men and their kids for instance are just being ignored.

Nick: There have been so many times where I have wished there was somewhere that we could go. Where I could scoop the kids up and just go somewhere, you know, for a few days, a week whenever, until things sorted themselves out. But there just isn’t that infrastructure in place. A friend of mine is actually trying very hard to lobby the government to act for that to happen and he’s just being stonewalled at every turn and that’s what I think we need to pull that lens back, look at the problem as a whole. It is not as easy as we are being told. It is much much more complicated.

Yet despite these criticisms by Rose and Nick, Life Matters felt the need, at the start of the program, to do exactly what they had outlined was wrong with the current discussion of domestic violence in Australia: turn it into a “he said, she said” argument, talk about on female victims when the topic was male victims, focus on the narrow issue of “misogyny” instead of the broader picture, use false and misleading statistics whilst attacking men’s groups for their so-called “rubbery” data, downplay and diminish the experiences of male victims of domestic violence, and attack those working so hard to support them.

Here is a transcript of Ellen Fanning’s introduction to the program:

Good morning. Welcome to Life Matters with me, Ellen Fanning. On the weekend, a beautiful young woman called Rhonda Baker became, by one count, the 41st woman to die this year, allegedly at the hands of her partner. She was 26. The 4th woman to die a violent death in Australia in just a fortnight. Last year there were about 3 domestic violence killings a week in Australia, 158 in all. A third of all homicides.

Australian of the year Rosie Batty started the slow business of explaining why domestic violence is everyone’s business, and why it’s not just a story of violence but of misogyny. The brutal extension of an attitude towards women and girls that persists in some quarters in this country, holding women back in the workforce, in our parliaments and beyond.

But there’s been a backlash. Former Labor leader Mark Latham says the national debate about domestic violence has become a generalised campaign against men being run for political reasons by those he calls “left feminists”. I was at a conference with Rosie Batty the day Latham’s comments were reported. She was shaken.

Meanwhile a group of men’s rights activists has weighed in. Peddling a rubbery statistic that one in three domestic violence victims are male. In fact, as far as the statisticians can tell, women and girls account for about three quarters of people on the receiving end of what the Commonwealth family law act describes as violent, threatening or other behaviour that coerces or controls a family member or causes them to be fearful. The other quarter are men and boys. But because of the politicking over this issue, those male voices are almost never heard.

Perhaps Ellen isn’t aware of the recent data out from the Australian Institute of Family Studies finding that men going through the family law system experience violent, threatening, coercive, controlling behaviour causing them to be fearful, at similar and sometimes higher rates than women. Or the finding of the report of the Victorian Royal Commission into Family Violence that,

Or the finding of the 2012 NSW Government inquiry on Domestic violence trends and issues in NSW that,

Perhaps she isn’t aware that the media bias on domestic violence exhibited in her introduction is partially responsible for the awful experiences that Rose and Nick have been through as people who don’t fit the “gendered model” of domestic violence and therefore find there is nothing out there to support them.

Or that the only organisation in Australia providing a safe place for male victims to tell their stories for the past seven years has been the One in Three Campaign.

Despite the disappointing introduction, we congratulate Life Matters on presenting these important, but often unheard personal stories, and we hope to see more of them in the future.

To listen to the full Life Matters program, click here. To listen to an edited version that just tells the wonderful stories of the male victim and (ex-)female perpetrator, click here.