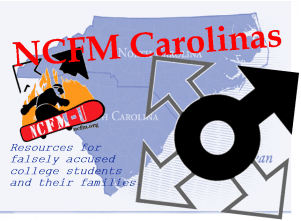 August 1, 2016 was a historical day as the NCFM Carolinas chapter hosted the Forum on Campus Sexual Assault, Consent and Due Process at Central Piedmont Community College in Charlotte, NC which was well attended.

The forum consisted of prominent experts who shared their personal experiences and insight into how universities are handling the complex and often confusing issues of Title IX related sexual misconduct cases, consent and due process. 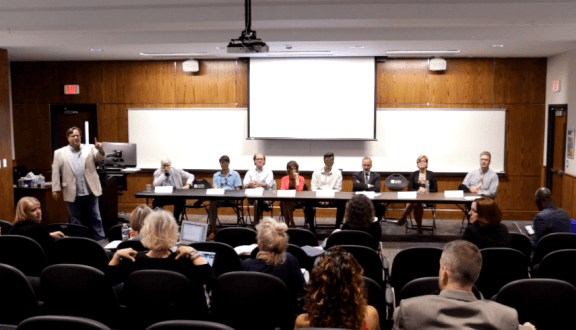 NCFM chapter president Greg Josefchuk started the conference off by suggesting that male students are at great risk on college campuses today and explained how the combination of student feminist activists, sympathetic politicians and fearful university administrators has created “the perfect storm” for false accusations of sexual misconduct to be leveled against male students. Josefchuk cited destructive rape hoaxes that made national headlines including the infamous Duke Lacrosse player’s case and the more recent UVa case in which allegations of a contrived gang rape were made against a fraternity as two prime examples of the risk that young men face while attending university.

Buoyed by the Administration’s dramatic expansion of the scope of Title IX and the issuance of the Department of Education’s Office for Civil Rights (OCR) Dear Colleague letters on harassment and bullying (issued October 23, 2010) and sexual violence (issued April 4, 2011), allegations of sexual misconduct are becoming commonplace on college campuses resulting in what many describe as kangaroo court processes that presume guilt and deny adequate due process for accused students.

Trial attorney Eric Rosenberg who has defended several college male students accused of sexual misconduct told the audience that when it comes to the university hearing process “the truth will not set you free in these types of cases”. Distinguished attorney John Gresham, who likewise has defended several male students, stated that the “biggest fear I find in all the colleges and I presume you do too is the Title IX specter over their heads”. Mr. Gresham shared valuable insight stating that “there is no guilt or innocence there’s just responsibility” and suggested that many private universities are willing to negotiate sanctions “because they hate the notion of their complainant students being sued for defamation”.

The forum provided a critical look into the impact that the Dear Colleague letters are having on college students and the many problematic issues surrounding the handling of sexual misconduct allegations by institutions of higher education.

With mounting political pressure applied by the federal government to get tough on campus sexual assault and fearful of losing federal funding, universities are removing male students from campus in record numbers with the highest risk associated with male students of color, fraternity members and male athletes.

The forum featured two male students who both faced sexual misconduct allegations at their respective universities, and how they were presumed guilty and denied due process. They spoke courageously and movingly in regard to how devastating it is to be falsely accused of rape when you know that you’re innocent. One of the students shared that even after he was cleared by the police, the school still treated him as perpetrator and dragged his case out for two years and talked about how difficult it is dealing with the stigma.

The day-long conference was capped off by a very engaged panel discussion that consisted of the forum’s presenters who discussed the many challenges and critical issues regarding campus sexual assault, due process & the affirmative consent standard now being used by several universities.

Perhaps the impact of the conference was captured best by a female audience member who volunteered that she is a rape survivor, an owner of a business that serves domestic violence victims and a mother of two sons, who stated that “this has really, really opened my eyes to this and really scares the hell out of me” and said that the message that she wants to get out as a result of what she had heard today was “don’t ruin someone’s life because you’re mad at them.”

We could not agree more. 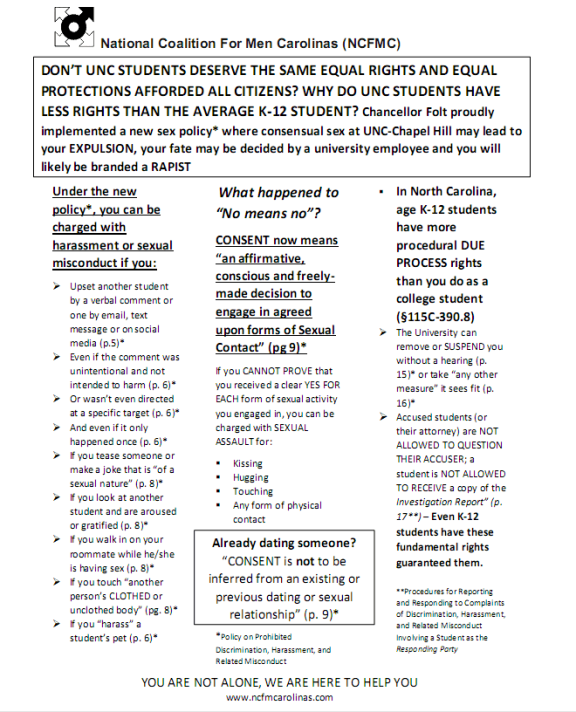 “Community of the Wrongly Accused”

Title IX for All