Regarding the persecution of Jerry Cox, the letter is self-explanatory. We have not received a response from the District Attorney or any of the Supervisors. Apparently, they don’t know what to say, which is understandable if one or more of them don’t want to end up in prison…click on the picture below to read the letter. 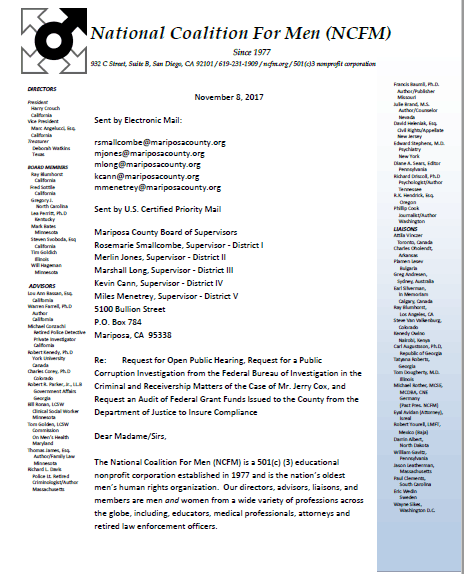