NCFM Member Caleb Papp, “Nottinghamshire Hates Crimes Against Women” as they should, but… 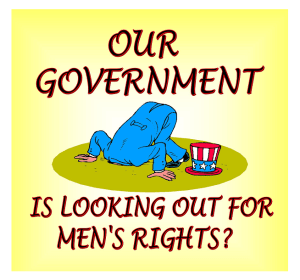 Nottinghamshire Hates Crimes Against Women, as they should, but…whistling or merely asking her for a date!

What is a hate crime? One might think that its something motivated by hate, but feminism has made sure that it’s now more than that. As always a woman’s feelings alone are enough to decide a man’s perspective. Of course, this isn’t reality. Most of the time a man wolf-whistling will be because he thinks the woman will enjoy the attention or because he’s being tactless. But that’s a far cry from hatred.

It’s hard to know how to react to an article like this. I certainly think that a man whistling at a girl is not being classy, perhaps annoying or in few instances quite a bit more. But it’s not supposed to be a crime to be tactless. One might consider how it used to be against the law for a black man to approach or talk to a white women. But now we’re doing away with the color scheme and yet the gender remains. I don’t think that now most women will generally abuse this, but it’s creating a culture where men are clearly legal inferiors to women.

I wonder what penalties there will be for women found abusing these laws? Wait, can she? From the articles I’ve seen, this hate crime is very subjective, the stuff of witch hunts. Will there be the same for men harassed by women? Again, the article makes it clear that only a man can be a harasser here. After all the articles claim that misogynistic harassment is”Incidents against women that are motivated by an attitude of a man towards a woman and includes behavior targeted towards a woman by men simply because they are a woman.” This wording is so vague it allows for it to grow with an increasingly misandric culture. Wording like this makes no sign as to wilfulness or mal-intent of the “harasser”. Ambiguous wording in law and policy about enforcing law should always be looked at with suspicion, it’s dangerous how quickly something can grow. But at least it’s clear on one thing, it makes clear how men are not going to have the same protections under the law.

I’ve had women take unwanted pictures of me. Once I was working on a former bosses (and friend) wife’s car and she started taking pictures of me while I was bent over the hood. It later came out  that she was sending them to a girlfriend of hers talking about my posterior. It made me uncomfortable to know this for many reasons. But I certainly don’t think she should be charged with a hate crime. This  is not the only incident like this on my part either. I’m no stud either. I’m not bad-looking, but I’m also no male model. So if it’s hatred for men to be tacky, why not for women?

I think most people would argue that it doesn’t happen as often to men as it does to women. Maybe, but citation needed. And even if that’s the case, it doesn’t matter. What is and isn’t a crime is not determined by how often it occurs, it’s determined by the social harm it does. But that’s a telling point isn’t it? If it’s harming a man in any way it’s not social harm, or at least it seems that’s what we’re to take from this. If it harms a woman, even if it’s only an annoyance, she can now file it in Nottinghamshire as a hate crime. I supposed that if it’s severe and pervasive, and there’s no other way she can stop the annoyance the police should be able to do something, but isn’t that what harassment and stalking laws are in place for? Perhaps we just needed to make up more special laws for women, since as they often claim they don’t want special treatment.