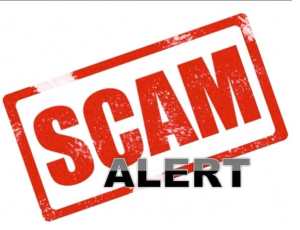 DAVID ROOT
US citizens and residents should beware of this “green card” fraudster. These immigrants prey on residents with the goal of a marrying for a green card-not love. The US citizen or resident marries in good faith, while the immigrant spouse alleges abuse to throw off suspicions it was a green card sham.

This type of immigration marriage fraud is becoming a common method for immigrants to gain immigration benefits.  Victims of this scamare falsely accused of heinous crimes, and suffer personal and financial devastation, including lost custody of their children.

Back in 1994, the Violence Against Women Act (VAWA) had a well-meaning immigration part that allowed abused alien spouses to divorce and “self petition” their own immigration status. Unfortunately, over time, advocates connected to VAWA’s $480 million grant programs successfully lobbied for a broad overreach, undermining it with unlimited fraud opportunities.

VAWA’s innocent name is simply a ploy to camouflage its half a billion dollar grant programs — unaccountable slush funds steered back to many of the groups that lobbied for it. Almost all grants recently audited by the Inspector General had violations of grant requirements or fraud, including a Montana group that squandered $4 million in “unsupported grant expenditures”. Despite jaw dropping abuses, the House Appropriations Committee just announced a whopping $46 million increase for VAWA programs next year.

Currently there’s no due process of law and no meaningful requirements for proof of abuse. A simple allegation of abuse, even on the same day of marriage, can result in approval of a ‘domestic violence green card’. The immigrant “self petitions” for immigration status with no hard evidence or immigration hearing, no physical violence needed, and justified with vague “mental abuse”. Furthermore, US Citizenship and Immigration Service (USCIS) bans the American citizen from their constitutional right of defending themselves during the adjudication of the immigrant, if abuse is alleged.

Read the rest of the article here: http://dailycaller.com/2017/08/03/a-new-immigration-racket-emerges-green-cards-for-fake-abuse-victims/