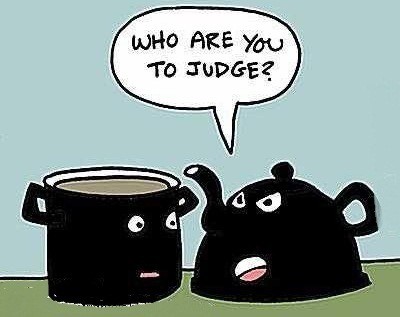 Picture from DATING AFTER DIVORCE: DO SINGLE MOMS FACE A SEXUAL DOUBLE STANDARD?

Women complain that there is a sexual double standard, that men are allowed to be sexual and that women are sexually restricted. But, it is quite the opposite. Male sexuality is increasingly becoming despicable, contemptible, and illegal, while women’s sexuality continues to be glorified.

Consider, for example, the reaction to the 11-year-old video which recently surfaced, which showed Donald Trump and Billy Bush talking rudely about sex. Bush was fired from his job on The Today Show, and Trump has been condemned. Both were pilloried for their thoughts and words, not actions. Many asked Trump to resign as a Presidential candidate. But, let’s try a little context. Bush and Trump politely asked permission to hug Arianne Zucker who met them at the bus and walked them into the building. Both men were dressed in loose-fitting suits, exposing only their heads, necks, and hands. Men in suits are practically wearing burqas. However, Zucker was wearing a very flimsy dress, which exposed her arms, shoulders, back, and legs. The material of the dress was very thin and conforming, and she was not wearing a bra. Her appearance was very sexual. While walking them into the building, she walked between them, grabbed their arms and without asking permission, rubbed up against Trump, including rubbing her breast against his arm. That’s right! Zucker sexually assaulted Trump! SHE GROPED HIM! Granted, it wasn’t much, but consider how you’d feel if he did the same thing to her.

Yes, Trump and Bush were crucified for talking about groping, but the very sexual Zucker was ignored after actually committing the crime. Men’s sexuality is bad, women’s sexuality is good. No one even noticed her sexual violation, or cared if they did see it. But the men’s words deserved opprobrium and punishment. Of course, Trump would deserve punishment if he acted on his words and actually groped women, but there has been little evidence of that at the time of this writing. (Also, please note that Zucker did not rub against the young, handsome Billy Bush, but instead groped the old, fat, orange-haired, balding, VERY RICH Donald Trump.)

On the day that the Trump video surfaced, Erin Burnett on her show and Lis Smith on Hardball both excoriated Trump for his sexual misbehavior. They did this while wearing low necklines which partially exposed their breasts. No one noticed the hypocrisy. It is acceptable for women to expose a little (or a lot) of their breasts. Would it be okay for a man to show a bit of his penis? Only if he wants to go to prison. This is a huge double standard. During the second Presidential Debate, Ivanka Trump and FOXNEWS anchor Megyn Kelly also exposed their breasts.

And does anyone doubt that women engage in their own form of “locker room talk” about men? Why else must they go to the powder room in packs? Let’s call it “powder room talk.”

What are the reasons for this double standard, and why are the standards for men and women getting further and further apart? Chivalry may contribute. But chivalry is not very egalitarian. So let’s hope that we can truly say someday that “Chivalry is dead.”

Biology may be an influence. Sex may burden women with nine months of pregnancy and years of childcare, while men may just walk away. This has led biologists to conclude that females generally control sex. And we all know that those in charge make the rules, even hypocritical rules. But effective contraception has eliminated biology as a valid reason for the double standard.

I believe misandry is probably the main reason for this increasing double standard. Women and feminists have constantly, and often unjustly, blamed men for every problem. This hatred of men has resulted in women demanding more and more concessions, and frightened, shamed men continually giving in to women. No matter what you think of Donald Trump as a Presidential candidate, this misandry has resulted in a sexual witchhunt against him.

Women profit by controlling sex. It is their power source. They reap vast benefits by keeping sex expensive. One element of this is to severely punish men’s sexual violations, no matter how big or small. So rape is as bad as murder. Sexual assaults are as bad as rape. And, definitions of “sexual assault” now include the trivial. Therefore, the violation by a man engaging in “locker room talk” is as serious as murder, and he needs to be severely punished. Meanwhile, a woman groping a man is nothing to be concerned about.

It is odd that women have increased their sexual power at the same time that they have demanded that men give up their traditionally held political and economic powers, which men have relinquished, for the most part. This double standard has become so extreme that a man can get into serious trouble for telling a sexual joke—women will not allow their power base to be demeaned. Yet, it is perfectly acceptable to tell political and economic jokes.

Feminists, more and more, are are members of a hate group. Feminist hatred of men is resulting in much discrimination against men. Few seem to care. For the sake of our sons and grandsons, we need to start caring.
James Jackson writes for the “Self-Indulgent and Delusional” blog at http://hydrarch15.wix.com/selfindulgence

NCFM NOTE: Another excellent and highly recommended article about sexual double standards is Heather Mac Donald’s October 9, 2016 EYE ON THE NEWS Trumped-Up Outrage – The Left condemns the GOP candidate even as it celebrates crudity and sexual exhibitionism throughout the culture, which by being included here is in no way an endorsement or criticism by NCFM and its representatives for anyone seeking public office.

The Real Sexual Double Standard, what’s good for the goose is often bad for the gander.