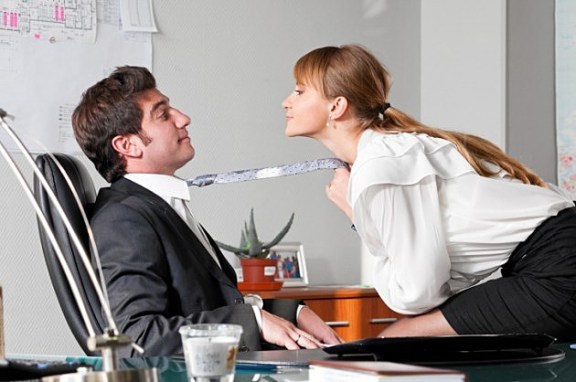 At around age 12, a boy may start becoming conscious of the media’s incessant portrayals of beautiful girls and women in magazines, newspapers, and movies. He can’t escape the bombardment. To him, beautiful females often seem to be held out as a prize. He may grow to feel inadequate because he can’t have one of these “genetic celebrities,” as they’re called by Dr. Warren Farrell, who has proposed a White House Council On Boys and Men.

If a boy is to have a girlfriend at all — even an unattractive one — he knows he will probably have to reach out to her first and risk rejection.

Many girls at this age also reach out. But they are often pulled back and restrained by parents or other girls who say, “Let the boy approach you.”

This happens to many adult women as well when they want to reach out first. In my office not long before I retired in January 2002, I overheard a 40-ish woman telling another woman she was planning to ask a male co-worker out. The other woman said rather sternly, “No. You wait until he asks you.” I thought: Talk about conspiracies! The first woman would have to resort to the traditional ways of attracting a man: wearing her best makeup and clothes and make frequent appearances near her “target.”

A boy learns something on an unconscious level: To prevent or diminish the pain of rejection, he turns females into unimportant sex-objects who can’t hurt him — which still may not mask the realization that the sex-object is indeed very powerful. (See the work of gender expert Dr. Warren Farrell, author of many books on the sexes, including “Women Can’t Hear What Men Don’t Say,” Chapter 8 of which is online here as a sample of his insights into things gender.)

A boy’s focus on sex stems not just from an unconscious need to protect himself. It also stems from the biological sexual need that both sexes have (and which females have been taught to suppress if not deny), and from the media’s constant portrayals of the prize: beautiful, sexy girls and women.

The fear of female rejection helps propel boys and men to the publications and outlets that feature beautiful nude women. These further fuel the desire for the beautiful sex-object.

“The best-selling magazines to men are Playboy and Penthouse,” Farrell says. “These represent men’s primary fantasy: access to as many beautiful women as desired without risk of rejection.”

These men’s magazines tell men access to beautiful women is possible once you gain financial successful or status. Even the attractive man looking at these magazines feels he needs success or status just to win over his female counterpart. (The woman merely needs to be attractive.)

Is it any wonder that the men charged with sexual harassment in late 2017 are either successful or have status, men who likely turned the women into unimportant sex objects?

And that the women alleging sexual harassment are attractive?

The EEOC’s definition of sexual harassment:

“Unwelcome sexual advances, requests for sexual favors, and other verbal or physical conduct of a sexual nature constitute sexual harassment when this conduct explicitly or implicitly affects an individual’s employment, unreasonably interferes with an individual’s work performance, or creates an intimidating, hostile, or offensive work environment.

“Although the law doesn’t prohibit simple teasing, offhand comments, or isolated incidents that are not very serious, harassment is illegal when it is so frequent or severe that it creates a hostile or offensive work environment or when it results in an adverse employment decision (such as the victim being fired or demoted).”

It gets complicated. Such words as “severe,” “hostile,” “offensive,” “harassment,” and “unreasonably interferes with an individual’s work performance” are subjective. Their definitions can vary from person to person. Many women view male persistence for dates as sexual harassment. Some say a man’s compliment is sexual harassment. The definition seems to keep expanding. And sometimes sexual harassment is confused with flirting. -Male Matters USA

Read the rest of the article here: https://malemattersusa.wordpress.com/2011/12/11/the-sexual-harassment-quagmire/