NCFM Member John Doe, A New Class of Victims: Abuse of Title IX at the University of Southern California 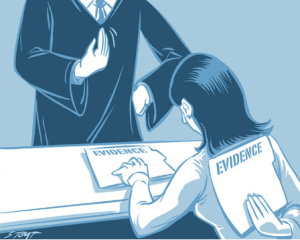 A New Class of Victims: Abuse of Title IX at the University of Southern California

Title IX has become increasingly controversial. The crisis began with a small band of militant feminists pushing Alexander v. Yale (which yoked sexual harassment claims to Title IX theory) to its logical extreme, an effort crystallized in the 2011 Dear Colleague Letter. Like all extremists in history, these “activists” had little concern for the welfare and happiness of the vast majority. The 2011 DCL sought to favour accusers and penalize the accused by depriving the latter of important legal protections[1] and shielding the former under a general metaphysical principle best known as “trauma theory.”[2] Many institutions in the nation have already undergone two waves of legal pushbacks, first from female complainants and then from male respondents, both groups citing Title IX to defend their civil rights. Generally speaking, the Obama administration has come under fire from libertarians and criminal defence lawyers for what was perceived as unlawful overreach. However, some institutions have also gone far beyond anything ever required by the Obama administration and in an iconic move, the Department of Education condemned Wesley College for systematic bias against the accused.

The legal case against the University of Southern California [hereafter, USC] is complex and massive. The dossier contains at least eight lawsuits pending at the Superior Court, all by male respondents who have contested the fairness of their sanctions. Among these lawsuits, one of them is final: Doe v. University of Southern California. Here, USC attempted to suspend a male student not because he was accused of rape but because he did not stop a different male from committing “sexual assault,” the assault in question being an instantaneous butt-slap that happened during otherwise consensual sex. The Second Court of Appeals sided with Doe and particularly condemned the institution for using hearsay instead of material evidence; the verdict was written by Audrey B. Collins, former Chief Judge of the Central District of California. Other lawsuits are ongoing, but it is worth noting that USC’s lawyers have jeopardized the independent conscience of the Court with the prospect of potentially violent protests against judges if they were to rule against the institution in this case. There are two more lawsuits upcoming. Armaan Premjee faced criminal charges which were dropped at a preliminary hearing; his student discipline process is ongoing. He was denied the right to legal counsel during the Title IX tribunal. There is video footage of the accuser flirting with the accused, as well as supportive testimonials from the accuser’s best friend and a taxi driver. Matt Boermeester is a star athlete summarily expelled from college due to an unfair accusation. Interestingly, the ex-girlfriend (Zoe Katz) has never made a formal accusation against him: she has publicly falsified the accusations attributed to her. However, overzealous administrators believed a third-person report, uncorroborated by evidence and refuted by the woman’s testimony, was sufficient to ruin the life of a star athlete.

Nor can the University ever defend its actions by saying, “we were applying gender-neutral laws.” The University has been in legal trouble with the Department of Education for dismissing the sexual assault complaint of a male student, filed against a female martial artist.[3] As of April 2016, the Federal investigation was expanded in scope to investigate allegations of systematic anti-male bias and denial of counselling to male students. The Department has also recently opened a retaliation investigation because USC threatened the male complainant with de facto expulsion. The evidence of anti-male bias compiled during the investigation far exceeds the Leval standard set in the Second Circuit of Appeals, recently adopted in California in Doe v. Regents of the University of California, 2:15-cv-02478. There are other documented incidents, such as a feminist group attempting physical violence to stop a gay man from attending Women’s March. In addition, Daily Incident Log Reports[4] denote that campus officers were willing to arrest a man for indecent exposure, but cover up a similar incident by a woman.

So, the question is – why does USC sustain such a hostile atmosphere against male students despite so much legal trouble? Back in 2013, USC found itself under fire by celebrity lawyer Gloria Allred, who filed a federal complaint with the Department of Education on behalf of Tucker Reed. Reed was a radical feminist who believed her rape accusation was unjustly dismissed. She waited for +700 days before coming forward with her claims, however, which coincided with his boyfriend breaking up with him; she was pregnant with the lovechild of the accused man after the alleged incident. She was hospitalized due to mental health issues; it is also worth noting that she murdered her uncle after a property dispute in the summer of 2016. Gloria Allred’s complaint specifically asked the Department to go beyond the already excessive accuser protections adopted in the Resolution Letter with the University of Montana. For example, Allred insisted that %99 of all sexual predators are men while repeating the oft-cited and much-rebuked “1 in 4 women are raped in college” statistic. Neither claim can be taken seriously anymore.[5] Allred nevertheless insisted that USC should monitor the student population until at least %40 of all rapes were reported and disciplined under Title IX theory. If 1 in 4 women are raped and if USC has ~20,000 female students, Allred’s proposed model would have the University prosecute/punish approximately 2,000 male students every year.

There are other reasons behind this institutional bias, such as investment in identity politics and the fact that Title IX lawsuits filed by women lead to six-figure settlements while due process complaints filed by men receive far more modest settlements.[6] There are also more parochial reasons unique to USC, such as the fact that the area surrounding the University Park Campus has been undergoing gentrification. The neighbourhood has a high crime rate; gang violence and murders are not unheard of. This is a cause of ongoing embarrassment for an institution which demands the highest tuition rates in the nation. Supercilious hysteria about general campus security also infects Title IX proceedings.

USC is currently using an eccentric version of the single-investigator model. In this system, a Title IX investigator collects and reviews the evidence and writes a report which also decides whether a breach of policy occurred or not. One person acts as police, prosecutor, and executor. The report is then relayed to Panel E, who decide whether any sanctions would be appropriate, despite facing discretionary limitations. The decision is then relayed to the Appeals Panel, who arrive at a final conclusion.[7] This system may seem like a multi-tiered and neutral approach but the illusion unravels under closer scrutiny. Much of the investigative/adjudicative power is concentrated in the hands of two highly biased individuals, Kegan Allee (Assistant Title IX Director) and Gretchen Means (Title IX Coordinator). Kegan Allee is a radical feminist hired soon after the 2013 debacle. She has no legal training but boasts dual degrees in Sociology and Women’s Studies. A detailed analysis of her investigative practice reveals bias at every stage. For example, she engages in dissuasion towards male students who want to file sexual harassment complaints against women, while seeking to maximize the punishments against men. She invents allegations and routinely cites hearsay above material evidence. She even changes dates and merges events whenever necessary. Also, her policy seems to be towards persuading female students to press charges even when they would decline to do so, including situations that involve mutual intoxication.[8] As for Gretchen Means, she is a former prosecutor who specialized in sex crimes in her past. There are concerns about her integrity, neutrality, and professionalism. For example, after she has engaged in verbal harassment against a male student by ridiculing his appearance and calling him a “motherfucker,” she denied making the comments in Court papers. The University received protest e-mails after her ugly behaviour, but no action has been taken.

The damage caused by this biased system is significant. Multiple star athletes have already been ruined by their Title IX policy, including Bryce Dixon and Matt Boermeester. The University’s disciplinary system operates on the assumption that women cannot commit crimes: “always believe the woman, even when evidence says otherwise.” The enrolment rate for male students at USC has dropped down to %45, an unprecedented low, for 2016-17. Many male students have reported that they were unhappy with the anti-male climate during their education at USC. The fact there are so many male plaintiffs should speak for itself; since many students fear retaliation and/or cannot afford legal counsel, this number is only a minor fraction of the male victims harmed by Title IX terror at the University of Southern California.

[1] Critics have noted that the 2011 DCL contradicted the principle of double jeopardy by allowing accusers to appeal a non-responsible finding while abandoning cross-examination rights, once called “the greatest legal engine ever invented for the discovery of truth” by the Supreme Court.

[2] There is no clear agreement on what “trauma theory” means. In practice, it is a much-abused principle which is cited to justify even the worst excesses of false reporting, including retroactive withdrawal of consent.

[3] The female perpetrator has also filed a victim-blaming complaint against the male complainant, since “he was manipulating [my emotions by telling me that he was never attracted to me” and “I felt threatened by the way he was making himself a victim” [verbatim statements].

[5] The myth that “all rapists are men” has been sustained for decades due to an archaic definition of rape as “unwanted penetration.” Perhaps the most radical challenge to this myth came from Lara Stemple, Assistant Dean at UCLA. According to her studies, men are equally as likely as women to report sexual violence and the majority of men report female perpetrators. Changing the definition of rape to “coercive sex,” which allows men to speak up against female perpetrators, reveals that men and women suffer and perpetrate almost equal degrees of sexual violence (even though men are far overrepresented in prosecution). Also, a Department of Education study entitled Educator Sexual Misconduct: A Synthesis of Existing Literature has found in 2004 that %43 of all teachers who engage in sex with underage partners are women, even though more than %95 of all disciplined/prosecuted individuals are men. The “1 in 4” statistic has been repeatedly debunked for pandering to confirmation bias, defining sexual assault as “any unwelcome act,” and bribing female students (with $5 per survey) into reporting that they have been harassed.

[6] As noted by Stephen Henrick in A Hostile Environment Against Student Defendants.

[7] The Appeals Panel is very effective at rubber-stamping the decisions served in front of them. Ainsley Carrey, who currently leads the Appeals Panel, was involved in the Auburn University decision which found Joshua Strange guilty of rape despite exonerating evidence.

[8] As can be inferred from her citation in a 2013 article, A World According to Rape: “in Allee’s experiences with sexual assault victims, she has noticed that many of them are unaware they have been raped. The victims find excuses to mask rape in college, such as saying that the man was drunk as well” (p. 5).

A New Class of Victims: Abuse of Title IX at the University of Southern California