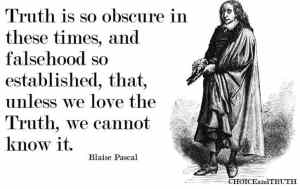 NCFM NOTE: To be perfectly clear, so there is no misunderstanding, NCFM in no way supports child abuse, sexual assault, or pedophilia. However, to our knowledge, there is no evidence to support Marc Gafni being a pedophile. Unsubstantiated opinions do not constitute facts, that is real ones; and certainly not the truth.

A few days ago in a random article in a college newspaper, an undergraduate wrote about “ex Rabbi Marc Gafni who was accused of molesting children”, and had “used his position to extort children”. In a recent opinion piece in the LA Times, the writer quotes a sexual abuse activist who said, “She would not work with anyone who supports Marc Gafni because he is a pedophile”.

Beginning in January 2015, there was a sudden rash of newspaper articles in ostensibly credible sources, coupled with hundreds of web postings about Marc Gafni who, among other things, as a Rabbi or spiritual teacher was accused of molesting a 13-year-old girl. Readers were understandably sympathetic. This kind of information shared widely seems so important. We must all combat abuse and stand up for victims’ rights. Isn’t that correct?

Well not always. The only problem with these stories is that they are not true. They are based on fake facts, false narrative and outright falsehoods. These stories did not appear spontaneously on the web. Rather they were but the latest episode in a long-standing smear campaign against Gafni. Indeed it would not be a stretch to say that the Marc Gafni personae portrayed on the web is “Fake Marc Gafni”. But the average reader has no way to discern actual facts from fake facts.

I am Marc Gafni . I am privileged to be President of an awesome think tank, the Center for Integral Wisdom . I work daily with dozens of highly conscious and discerning men and women who all, like myself, have taken a fierce stand in life against any expressions of rape culture or victimization. I have four children, who are all great human beings, I wrote my doctorate at Oxford University, published ten books, and hosted the leading spiritual television show in Israel for several years.

One of the foundations of democracy is that story matters. It deserves to be lived, told, received and celebrated. Creating the safeguards in law and ethics for how that story is told and honored are what the founding principles of our democracy are all about. How we gather information in the legal system and on the Internet which will be used to judge other people, is the bedrock of democracy for which millions of Americans have fought and died.

Here are the facts in my story which I am sharing now so you can see just how horrifically distorted and damaging fake facts can be. When I was 19 years old and just out of high school, I met a young woman. We dated for a short period of time. During the time we dated she was 14 years old and in her first year of high school. Our physical contact was limited to teen-age necking.

Back in 1979/1980, when this teenage relationship took place, we did not have the consciousness we have in society today regarding age differences while dating. We both experienced the relationship as fully positive at the time. I did not know there was any issue around this relationship until almost twenty-five years later when vociferous political adversaries recruited this woman, let’s call her Emily, as the first stage in an orchestrated smear campaign against me. As soon as I heard she was telling an appallingly different story than what happened, I immediately sought to contact her through mutual acquaintances. I suggested we meet in a professionally facilitated context to resolve our different versions, check facts, and create whatever healing or resolution was necessary. Emily was however already inducted into the smear campaign and ignored my offer. She and her representatives ignored, rejected or mocked any attempt to mediate this conflict in a professional context. The rejection of my invitation to mediate began a two decade long attack against me. In the latest round of this smear campaign, Emily’s fake facts have been repeated again and again, in dozens of internet stories and ostensibly respectable media outlets.

The fake fact retelling of my teenage relationship with Emily was cleverly worded so that the reader naturally assumes that I, an adult Rabbi, age 30, 40 or 50, was “molesting children or “using his position to extort children”. That this is a set of fake facts without an iota of basis in reality is virtually impossible for the casual reader to discern. The results of this fake news story have been devastating to my family, my colleagues, my work and myself.

I have made challenging fake facts as part of my life mission not only because I have learned first hand that the results are devastating beyond imagination, but because smear campaigns based on fake facts undermine dignity of the individual and the sacred nature of their story, the very foundation of our constitution and bill of rights. Through my story, albeit personally painful, I hope to shed light on the prevalence of fake fact telling currently threatening the core essence of our democracy today. We must all stand together to evolve public culture .