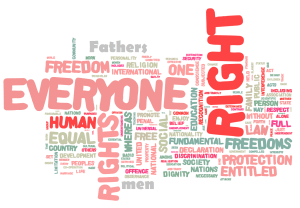 Michael Kimmel, PhD, who has built an academic career largely by riding on the back of feminist dogma, was one of the individuals featured in Cassie Jaye’s award-winning documentary “The Red Pill”.  In the movie, he observed that men’s bad lives are “not the fault of women and gay people.”

The film does discuss the harm dishonest and biased feminist’s do, although not specifically women.  The anti -gay reference is nothing more than an ad-hominem attack.  It is part of trying to distort those seeking fairness for men as a hate group.  It might be useful to look at the history of The Coalition of Free Men to put this in perspective

The nonprofit Coalition of Free Men, Inc. was founded in 1977. Its purpose was to free men of prescribed roles, as feminism was doing for women. Obviously, same sex relationships fit that criteria. Upon joining the Coalition, I received the anthology “Men Freeing Men”. Unsurprisingly, it did discuss, along with other topics, the issues of gay and effeminate men face.

Later I attended my first men’s right’s convention near Madison Wisconsin, which the Coalition was part of.  As one would expect, they did have a speaker describing what he had to deal with life as a male homosexuality.

The organization now does business and is known as the National Coalition For Men (NCFM). NCFM advisor Warren Farrell, in his run for Governor of California 2003, was ahead of the curve in being pro-gay marriage. However, things had already changed by the time of Farrell ran for Governor.  Feminist’s rather than seeking equality, feminists had become more and more bigoted. Plus, male homosexuals have been categorized as part of the those oppressed by male heterosexuals. As a result, the experiences of male homosexuals have largely fallen off the radar screen, as part of the men’s rights agenda.

The reality is, men of different races, sexual orientations etc. share many of the same handicaps. Very often, discriminating against men means discriminating against gay men. Many issues discussed in the “Red Pill” are relevant to gay men. Take for instance the discussion of circumcision. Obviously, this is relevant to gay men? How about getting longer sentences for the same crimes, or having more money and research go into women’s health research than men’s?

What about domestic violence?  Exploring the internet, I found that gay men and heterosexual men both suffer from the fact that there is only one male domestic abuse center in the country for men. While there is no military draft, only men have to register. Who can predict the future? If the draft is reinstated, this government control of one’s life applies to all races, sexual orientation’s and political views, the only caveat is that the person is male.

There are numerous other issues, that are shared by both orientations. Feminist’s characterize organizations that refuse to carry some types of birth control for religious reasons, as part of the war against women. At the same time, as far as I could find, the one male birth control option men have condom’s, are absent from health care plans.  Condoms are protector against health risks for homosexual men and thus a legitimate health service.

What about homelessness? Even though far more men are shelter less than homeless than women, a feminist I knew was working for more homeless shelters only for women. Look at the disproportionate number of men you see among the homeless, can you tell which ones are gay?

The education system is also an issue. Studies have shown that teachers favor girls in school. Many gay people do not even know they are gay in their younger years. To teachers they are merely boys, the less favored sex among teachers.

There are more men’s rights issues that apply to male homosexuals. In addition, the contempt for heterosexual men based on misinformation, often spills over to all men. If you cannot honestly advocate for women and ignore lesbians, the same holds true for men’s advocates and gay men. However, mirroring the bigotry and contempt of lesbian feminist is not acceptable. Incorporating male issues of all kinds for all groups of men is.

NCFM NOTE: Mr. Manners offered the following in response to the  Washington Post Article,  article, On the stand in her groping case, Taylor Swift was every woman. And that’s what’s so sad, by Lavanya Ramanathan