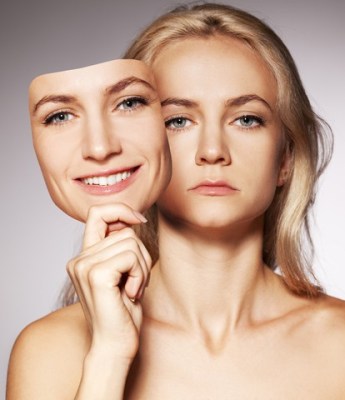 False allegations in Family Court: Who is to blame?

In family court, a subset of parents has the reputation for crying wolf: indicating a cry of urgency.  In Aesop’s fable, of “The Boy Who Cried Wolf”, there were severe consequences for crying wolf; in Family Court, not so much.

In the fable, a shepherd boy repeatedly tricks the village people into believing a wolf is attacking his flock of sheep.  Eventually, when a real wolf comes, the villagers do not believe him and fail to come to his aid; the boy suffers the ramifications of his actions and is eaten by the wolf.

Consequences for parents who ‘cry wolf’ in Family Court is less clear.

Who is to blame in Family Court?

Do we blame the judge for believing a parent who uses the tools of the justice system? Judges possess the power to make the ultimate call.  A judge can sign off on a restraining order resulting in the physical dismissal of one parent.  Family Court judges may overlook signs of abuse or not believe a parent because of previous court interactions.  Or, the judge may reject information not presented accurately choosing to delay the matter until something else happens.

Rulings may be based on well-meaning intentions leading to responses that are based on a policy of ‘play it safe’, or ‘err on the side of caution’.  Judges have the ability to ignore traditional due process all together and make rulings that are for or against a parent’s claim of abuse. Regardless, judges are in control of the process.

The reality is that sometimes the case presented to the judge is an untruth. Facts are confabulated for the sole intent of harming their co-parent.  In essence, one parent presents a total lie in a court of law under the auspice of ‘a parent protecting their child’.

Often this becomes a he said-she said argument and the judge’s ruling leads to the domino effect of utter annihilation for one parent (disproportionately males).  With one fraudulent allegation a divorce partner can completely destroy their divorce opponents’ life. With a stroke of the pen, the accuser gains immediate advantages. Full custody granted, and a “no contact” order to remove one parent from the child’s life.

Adding further to the problem are the ingrained institutional biases that seem to be systematic in family court judges.  In a 1994 judicial conference which was published in the New England Journal of Law, a New Jersey municipal court judge; Richard Russell was recorded, actually urging his colleagues to violate basic constitutional protections and due process when he stated;

“Your job is not to become concerned about the constitutional rights of the man that you’re violating as you grant a restraining order, throw him out on the street, give him the clothes on his back and tell him, see ya around….. we don’t have to worry about the rights.”

As Judge Russell made it plainly clear, the “err on the side of caution” has been replaced with protecting one’s own career.

Financial devastation? In process of destruction.

Employment? Possibly, disrupted. At the very least difficult given the legal issues.

False allegations of sexual abuse in divorce have become prevalent to the point, that a name has been given: the, S.A.I.D. Syndrome – Sexual Allegations in Divorce.

In fact, with child custody disputes, some research indicates that up to 70% of the domestic violence allegations are considered false. Literature purports that the prevalence of false allegations is up to 84%, and approximately 85% of those are issued against men.  Even if we go with the lower figure of 70%, this means that over two-thirds of the accusations are fabricated.  The travesty in this number is that this represents individual parents.  This means that numerous parents are wrongly accused and erroneously experience unadulterated devastation and destruction due to a blatant misrepresentation of the facts by their ex (soon-to-be).  The misuse of restraining orders is an unfortunate trend.  The power of false allegations of abuse in Family Court is undeniable.

In a majority of cases, the use of false allegations stems from the high conflict personality, and other personality disorders of the accusing parent.

Sadly, regardless of reconciling with family and re-establishing jobs and friendships, the damage becomes a part of their life. The targeted parents’ life is forever broken down into two time frames; before the wretched event and after the event.

Before answering the blame question, perhaps, we should ask, “How do court officials extrapolate the ‘true’ allegations of abuse from the numerous cases they see each week?” Every day, Family Court officials wrestle with the daunting task of reckoning which parent is telling the truth. Efforts are made to ascertain the existence of a valid reason to issue a restraining order to curtail visitation.

Further complicating the problem is the fact that many family court judges; through mandatory training that is based on the “Duluth” model, are predisposed with a bias that only men commit interpersonal violence and only women are victims.  In sexual misconduct allegations, the mantra has been, “believe the victim,” and “women don’t lie about being raped.”  We know how that concept worked out at Duke, UVA and Columbia.

The sad fact is that some men and a lot of women do in fact lie in family court, and lie a lot.  The family court arena allows for those lies; and even when proven false, the lies go unpunished.  In one California case however, sanctions were imposed in a civil suit for false allegations.  Mr. Darryl Ginyard obtained an $852,000 judgment due to his ex-wife’s false allegations of sexual abuse to their daughters.  The damage done to him personally, financially, emotionally and with his daughters is immeasurable.

Family Court officials need to assess if the child is at risk and gauge the intent of the parent.  Appraising accusations as legitimate or determining the request of a restraining order is unfounded can be a laborious process.

In some cases, the truth is a difficult to establish.

Do we blame a system that is inherently predisposed to bias, based on years of misinformation, indoctrination and for lack of a better word; brainwashing?

Do we attempt to blame the individual family court officials?  Family Court members, that are assumed to be well-intentioned and unbiased in their efforts to wrestle with the daunting if not impossible task of reckoning which parent is telling the truth and actually have a valid reason to curtail visitation?

Are those Family Court members actually well-intentioned and unbiased?

Do we blame the immoral and unethical parents who have presented their co-parent as abusive, incompetent and unqualified to parent?  Keep in mind that the accused parents were deemed competent before the filing of divorce.  (A baffling concept at best.)

Who is to blame when Family Court is inundated with false allegations?

Parents in Family Court lie.  They lie to hurt others.  They lie to better their position, all while hurting the very people they claim to defend.

Perjury in Family Court, regardless of the reason is dishonest, immoral and shameful.  For most people, destroying another person for personal gain is disgusting.  Using lies and playing games to complete the process is despicable, and rarely, if ever are family court lies ever sanctioned.  Considering, that the lies are told against the very person they took vows with and chose to create a child with, is ghastly.

If the little boy who cried wolf knew of the consequences for his wrongful behaviors, he may have focused on tending his sheep rather than playing games for attention. Similarly, ramifications for engaging in the egregious act of telling untruths in Family Court may curtail the frightful behaviors.

Undeniably, the Family Court system is flawed and biased.  With that being said, unwarranted grievances and a co-parent’s inability to engage in Shared Parenting practices exacerbates the problem participating in the abominable and horrific acts that occur in Family Court.

Most likely, the villagers would not mind running to the aid of the boy for legitimate wolf attacks. Likewise, truthful testimony in Family Court IS the issue.  For the court’s credibility, any testimony or evidence must come with an air of validity, and reasonable efforts must be made to establish that credibility.  Anything less results in a miscarriage of justice.

Who is to blame? The boy who cried wolf, or the villagers who refused to come to his aid?

Send comments or suggestions for changes to: MyConfession@SharedParentingConfessional.com

No Restraint on Restraining Orders by Stephen Baskerville, Ph.D.  http://www.ejfi.org/DV/dv-23.htm

Stop Abusive and Violent Environments, False Accusations of Domestic Violence, By the Numbers

False Accusations of Domestic Violence, By the Numbers

Men’s Rights:  Are There Laws to Protect A Man From An Ex-Wife’s False Report?  http://mensrights.com/are-there-laws-to-protect-a-man-from-an-ex-wifes-false-report/

False allegations in Family Court: Who is to blame?