NCFM NOTE: We receive calls from men in the military and their family members every week about such injustices; though not mentioned in the article, one of the principle culprits, a driving force, the ideological kingpin of such destruction of our heroes is New York U.S. Senator Kristen Gillibrand and her own brand of unlawful command influence.

James opines on the state of the military’s current sexual assault witch hunt, and provides some disturbing case examples of Unlawful Command Influence at the highest levels of the military judicial system. 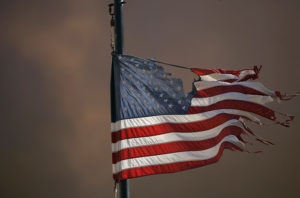 As a former senior leader in the military, I was shocked to see yet another public admission of a leadership failure at the highest levels of our armed forces. U.S. Navy Admiral Lorge’s public admission that he sent a Navy Seal he believed was innocent to prison, while acting as the convening authority in a Court Martial, was shocking! Admiral Lorge admitted he did this because of political pressure and by direction of his Navy legal leadership. If you combine the Admiral’s admission, with Air Force Colonel Bialke’s testimony he was told by the Judge Advocate of the USAF, Lt Gen Harding, “All sexual assault cases must be sent to a Court Martial unless there is a smoking gun,” you now have proof two of the three major services have Unlawful Command Influence directed from the very top of their military judicial systems. These two admissions prove what Save Our Heroes has been publicly proclaiming for the last year. The military judicial system is corrupt and a threat to national security. This Totalitarian leadership judicial system is sending innocent people to prison, and the military’s top lawyers know it.

I’m confused how our military leadership has allowed this level of corruption to become common place. Save Our Heroes has been investigating this perplexing question for nearly two years. Why do such educated and highly respected leaders cultivate such a corrupt system. It is very confusing to me because I have personally known some of these misguided General Officers since I was a young Captain, and can’t understand how someone so brilliant, can be so oblivious to what they are doing. Maybe they aren’t? It all boils down to these General Officers want to protect their own careers at all costs! Why, because one U.S. Senator can end any General Officer’s career for basically any reason they choose. Save Our Heroes research has shown our military leaders at the highest levels, are more scared of the threat from Congress, than ISIS. When reading my proclamation, you might think I’m crazy, but it is obvious with their actions! Yes, this is a strong statement, but I’ll stand by it. What happened to taking care of your people, or service above self? And they wonder why there is a shortage of highly trained warriors’ due to the high attrition rates.

Still don’t believe we have a corrupt military judicial system? What about last week’s admission by the Army a case was overturned because the Prosecutor and the Defense Attorney were married, and their legal personnel neglected to see this as a conflict. This is ethics 101. How can a case even start under circumstances like those? Wouldn’t someone within the legal chain have said having a married Prosecutor and Defense Attorney working the same case was wrong? Especially, since this couple was unable to identify the conflict on their own. The only answer could be our military judicial system is on some sort of ‘witch hunt’ autopilot, where using brains and common sense does not apply. Middle management is blindly following inept military legal leadership.

Finally, one of my favorite examples of a corrupt system manifested itself two weeks ago. In the USAF’s Maj Clarence Anderson case, the appellate judges wrote in their judgement, that paying off of a witness against Maj Anderson would not have changed the outcome of the trial. How do they know??!! If I was on the jury I would have argued the case be thrown out. Paying off witnesses only happens in mafia movies, but I guess it does in the United States Air Force as well. Corruption!

These are the final straws. Save Our Heroes will aggressively petition Congress to hold public hearings on the military judicial system. The shocking revelations of military leadership during these last three weeks proves we need a major review of the military judicial system. As with any system, the people are the key and unfortunately our military legal leaders do not understand basic Constitutional rights. When a group of Senior military judges believes paying off a witness is no big deal, you have hit rock bottom on the military legal system’s alignment with basic Constitutional rights. The American public needs to hear from these leaders directly during Congressional testimony.

We can’t do it alone. Save Our Heroes needs your help! Please join our team by writing to your Congressional delegation to ask for hearings on the military judicial process. We need to take a stand to protect service member’s basic constitutional rights and remove this threat to national security. With your help we can eliminate the military’s ‘kangaroo court!’

Please support the volunteers of the public charity Save Our Heroes.http://www.saveourheroesproject.com/ andhttps://www.facebook.com/SaveOurHeroesProject/

More and more reports, like those noted above, are surfacing claiming that Gillibrand has a chilling effect on commanders who fear retaliation if they do not sacrifice their oath of allegiance for PC ideology, meaning kowtow to Gillibrand.

On Gillibrand’s website it says, “In 2013, as chair of the Armed Services subcommittee on personnel, she held the first Senate hearing on the issue of sexual assault in the military in almost a decade, and has built a bipartisan coalition of Senators in support of her bill, the Military Justice Improvement Act, which would remove sexual assault cases from the chain of command.”

We have received reports that Gillibrand intervenes in sexual assault cases where men in the military have been found not guilty, if not factually innocent. A recent report has her pressuring commanders to press administrative hearings to decide whether a 20-year soldier should be discharged after several other processes not only found him innocent of the charges but also showed his accuser repeatedly lied. Like other false accusers in the military, the accuser received other than a dishonorable discharge and over $1,500 per month and military benefits for the rest of her life. Not because the person who she falsely accused did anything other than be an upstanding member of the military, but because she alleged sexually assaulted her.

Readers may recall that one of Gillibrand’s handpicked sexual assault survivors is wacko Emma Sulkowicz better known as Mattress Girl. David French wrote in an article for the National Review, Kirsten Gillibrand’s Campus-Rape Mendacity, “[s]he is unapologetic about using lies to suit her legislative purposes.” Aside from using lies, it seems Gillibrand has few if any qualms about obstructing justice either. Disgusting.

Or, as David French wrote in an article for the National Review, Kirsten Gillibrand’s Campus-Rape Mendacity, “She is unapologetic about using lies to suit her legislative purposes.” Aside from using lies, it seems she has few if any qualms about obstructing justice either.