NCFM Member Tim Patten, “Bigotry is on the Rise on College Campuses” 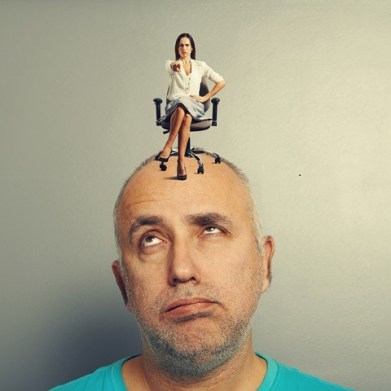 NCFM NOTE: When confronted with someone bad mouthing men and patriarchy, ask them if they see anything men built. Think about it…

Bigotry is on the Rise on College Campuses

Many would agree that sexism and racism remain serious and, in some cases a growing concern. However, those being discriminated against are not the ones that feminists and other alleged advocates for equal rights have traditionally focused their attentions and efforts on. Instead, the group being victimized is straight white men.

There is plenty of evidence to suggest that males are being mistreated—and yet, for some strange reason, many seem to find this totally acceptable. Ironically, one such example includes a ban on straight white men at the United Kingdom’s equality conference of the University and College Union, reported by the Daily Mail in June 2016. But this was not an isolated event. Reports suggest that such developments are commonplace, for instance, on college campuses in the U.K., U.S. and elsewhere.

Simply put, white heterosexual men are blameworthy and deserve to be excluded.

Indeed, a flagrant hatred of men has been flourishing, aided by corrosive and self-serving narratives that are now sanctioned by governments, big businesses and the educational establishment. One early example includes a development caught on video on November 16, 2012 by the Canadian Association for Equality. Violent feminists disrupted a gathering of men at the University of Toronto who had come together to discuss male suicide and other issues. The protestors clashed with attendees, spitting and hurling vitriol at them for no apparent reason. A repeat of social justice warrior bigotry was on display on September 16, 2015 at  a Milo Yiannopoulos event at Texas Technical Institute caught on video.

While other similar developments have not been memorialized in the same way, they all have something in common: they reflect a cancerous malady of ignorance and abhorrence that is becoming increasingly widespread. An intolerant alt-left now feels free and is openly encouraged to hurl hate speech at and commit acts of gender discrimination against white heterosexual men. It is a campaign aimed at dehumanizing an entire cross-section of people who happen to have one thing in common.

Disgust toward men has been a strong undercurrent in women’s studies programs, but its tone and intensity began to escalate after the 2012 killing of Trayvon Martin and the subsequent shootings of unarmed young black men by white police. Third-wave feminists and Black Lives Matter activists tossed their misguided notions about patriarchy and male privilege into a bowl and mixed them with incendiary half-truths about white privilege from African American studies programs. They created a concoction of racial division, provoking a surge in the lines of hatred against white males.

In some ways, this radical blend resembles the final solution of Nazi Germany’s Adolph Hitler, though in this case the group that is supposed to get annihilated is not the Jews but white heterosexual men. Instead of working to create the progressive world they claim to espouse, the alt-left is looking more and more like the next generation of right-wing oppressors and dictators. Their minions are encouraged to go forth and spew blatant disrespect, telling white men to “Check your privilege!”

Sadly, this unfortunate turn of events, while originally grounded on the principle of equality and justice for all, has been transformed into a roadmap of rage, retribution and revenge, without any basis in fact. 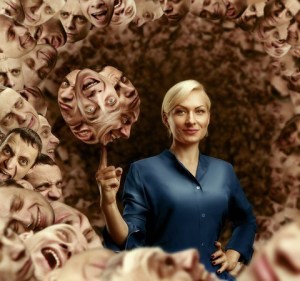 The extent to which things have gone awry can be seen in a popular anthology about racial bias. In White Privilege, women’s studies author and Senior Fellow at the City University of New York’s Murphy Institute, Paula S. Rotenberg maintains that this imbalance is manufactured and socially invisible but that its consequences are lethal. She argues that whiteness is a social construct and scolds whites for refusing to acknowledge that they benefit from a form of racism. She suggests they can’t see their privilege because they are accustomed to it, like fish that are unaware they live in water.

In her view, white men must give up their unfair advantages as reparations; whatever benefits their whiteness has afforded them must be sacrificed for the sake of social justice. Citing the example of a white and a black worker exerting the same amount of time and effort doing the same job, but where the latter is paid less, Rotenberg says that racial inequality is intolerable on its face because it leads to serious economic and other harm.

But as with many of her ilk, Paula S. Rotenberg falls into a trap in regard to cause and effect. Is it possible that this “discrimination” does not stem from racial differences, but from something else? Even though racism clearly exists, doesn’t success depend on personal choices and how people manage their lives? Is race the reason why some succeed and others don’t, or might it also have something to do with other factors, including attitude, intelligence–or even luck?

The greatest civilizations of all time

The same holds true when it comes to other physical differences. Most feminist scholars seem unable to broaden the lens through which they view the world. When they focus their attentions, they see only a black-and-white hierarchy, so to speak, based on gender, skin color or social caste. And yet, if they took pains to look at things less myopically, they might learn some interesting truths about race and opportunity–truths revealed through an assessment of the greatest civilizations of all time.

In particular, they would discover that ancient Egypt; the Chola Dynasty; and the Roman, Persian, Chinese, Mayan, Mongol, Inca and Ottoman empires were not only dominated by (mostly male) people of color, but that within each race individuals with lighter skin tones accounted for a disproportionate share of those at the top. All this occurred before the emergence of the British Empire, suggesting that biological preferences, rather than European-originated social constructs, drive the disparity.

In fact, if history is any guide, men of color are born with a natural ability to succeed and move society forward. The incredible Pyramids of Egypt were engineered and constructed by a dark skinned race and majestically awe any sober observer to this day. Once African Americans are freed from the suffocating constraints of the victim mentality, they can unleash the kind of energy and drive that inspires communities of all races and colors from within. Thankfully, there are proven ways of ensuring that such individuals can reach their full potential and improve everyone’s lives.

Our builders and inventors

Stepping back, it’s worth reiterating that misconceptions about physical differences aren’t confined to race. Feminists, for instance, conveniently ignore the fact that the engineers and builders of civilizations, kingdoms and nations have been men. They forget that males have harnessed fire, developed water distribution and sewage systems, and have created a vast array of innovative products, services, facilities and technologies that have served us well.

Male leadership, management and labor have helped to forge and sustain a world aimed at lifting people up, rather than keeping them down. Their accomplishments haven’t just served selfish purposes. Instead, they appear to have been done out of a deep instinctual respect for tribes, cities and nations. Why, then, are feminists so focused on dismantling a framework that has benefited them–and everyone else?

A genuine alternative to the feminist way

It would be foolish to maintain that sexism, or racism, or any other form of discrimination doesn’t exist, of course, or that some groups are not treated worse than others because of physical differences alone. Although progress has been made over several decades, the remnants of past errors and abuses remain. Bigotry, inequality in career opportunities, inner-city poverty, and the fact that blacks are the biggest victims by far of the rise of the incarceration culture would seem to be evidence of that.

Still, most Caucasians are aware there is a deep divide between blacks and whites, arguably stemming from the inhumanity of slavery, one of the deepest social injuries and regrets from our nation’s past. In many cases, whites are imbued with “white guilt,” which manifests itself as an urge to reach out and try to redress the imbalance. But that doesn’t justify taking a radical line. Those who have suffered don’t need victimhood to demoralize them or the self-destructive anarchy and violence that third-wave feminists advocate.

Addressing and repairing these problems is a better way to go, though it will no doubt take time and people willing to make the effort together. Sadly, the journey will likely be more arduous and prolonged so long as it is centered on impugning the state, patriarchy, and the propagandists’ favorite object of disgust: white heterosexual men.

One key, of course, is to introduce programs designed to succeed. In inner city communities, this can be done through local churches, organizing and promoting specialized charter schools that serve the needs of boys in grades kindergarten through 12. These schools can foster self-esteem and encourage the youngest members of society to be productive and strong. Single-sex schools, with appropriately tailored learning environments and curricula, offer the best hope of improving achievement and the lives of inner city boys.

It requires organization, schedules and vision to reconstitute neighborhoods. The churches, schools and community leaders should invite a diversity of volunteers and contractors of other races to assist rebuilding neighborhoods and seize on black men’s natural patriarchal and leadership skills. Integrated construction discussions and working together on the building efforts will reduce bigotry while neighborhoods can evolve upwards overtime. Educating the youngest boy’s in charter schools for boys with civic ideals in mind allows a community to create an army of enlightened individuals and leaders that can pave the way toward economic and structural reform. The secret is not to probe every nook and cranny for signs of racism, but to inspire one another with an intentional future vision of prosperity and peace. Communities should grab hold of the levers and dials that drive their destiny and engage the mechanisms that will lead to a bright and liberated future.

Tim Patten has published the handy investment guide: MGTOW, Building Wealth and Power. He also wrote WHY I CHEAT – 11 campfire stories for men’s ears only. Both books are a celebration of masculinity and pay homage to the modern men’s liberation movement. Patten previously published a novel about establishing gender equality in professional sports, Roller Babes: 1950s Women of Roller Derby.

Bigotry is on the Rise on College Campuses