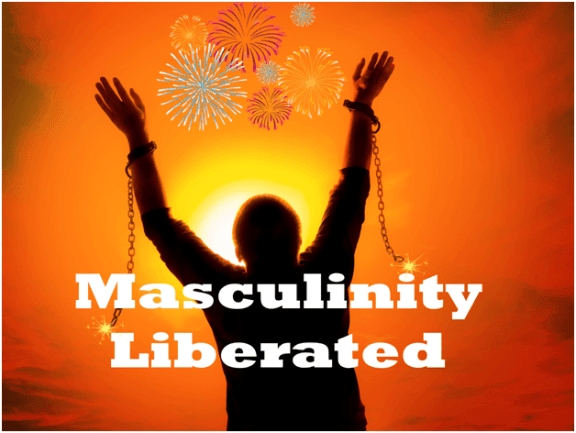 A recent episode of HBO’s Real Time with Bill Maher featured an interview with Rebecca Traister, feminist and author of All the Single Ladies, who sang praises for the book’s themes of the rise of independent women and gender equality. Among other things, she noted that more than 50 million unmarried women are now working, escaping male oppression. That total has been rising fast, with females now representing about half of the U.S. labor force. Indeed, the progress seen so far has inspired the National Organization for Women (NOW) to lessen its emphasis on workplace equality and focus instead on helping females to “appreciate their bodies.”

One fact that Ms. Traister failed to mention, however, was that this evolving landscape has also liberated us men from the deeply ingrained and longstanding belief that women should have unfettered access to our wallets, resources, capabilities and vitality. While she and others with a narrow minded lens focus almost exclusively on how women are benefitting from gender equality, we men have been liberated, empowered and enabled to express our masculinity more freely and become unshackled from traditional marital penitentiaries and financial oppression.

For the first time in our history, perhaps, a large and growing number of us men can pull our shoulders back, thrust chests out, stand tall and inhale deep, satisfying breaths of fresh air. We are free from the never-ending harangues imploring us to “Be a man!” “Get a better job!” “Grow up!” and “Man up!” Seemingly overnight, masculinity has been deconstructed from the patriarchal ideal that men have one role, and nothing else. We are no longer just protectors and providers. We can transgress arbitrary constraints and pursue unconstrained endeavors, such as being our genuine selves.

In sum, men can finally move beyond archaic and outdated notions that our role in society is to endure years of hard labor to support and ensure the survival of others. We no longer need to adhere to the socially-constructed stereotype of masculinity; we are free to define it for ourselves and celebrate it in any way we choose. “Being a man” no longer means we must act in uncomfortable or unfamiliar ways or engage in behavior that is at odds with the essence of our gender identity. It means we can be what we want or were meant to be.

Over 50 million of us who are single have the option of reclaiming our virility, which has been subsumed by a long history of matriarchal oppression and the claustrophobic bondage of familial burdens. Fortunately, the path forward has already been illuminated by the social prophets of Japan’s Herbivore Men and the global movement, Men Going their Own Way (MGTOW), who long ago prophesized immense changes in the relationship between the sexes. Their prescience has helped forge a new masculinity and given rise to myriad choices for men in regard to their sexual relationships.

In the modern, post-patriarchal age, men are no longer obligated to be the family wage earner; we can be free of a life of labor that is not of our own choosing. We no longer have to put others’ needs ahead of all else, where we must work long and grueling hours with little opportunity to spend time with those, such as our children, who we are supporting. Manhood is now being defined as we see it, not as others do. Our manly dreams, aspirations and personal goals no longer come last. With both sexes having equal opportunity, acquiescence to an obsolete social framework is no longer men’s only option.

I rued the day my male friends decided to wed. After they married, things changed almost immediately. Suddenly, they had no time for the passionate pursuits, entertainment and hobbies they had enjoyed with others and me when they were single. They were pushed into household-ish activities like shopping with the wife. Before long, the spouse would control every moment of his day, occupying his time and attention with doing and fixing things for her, their family and their home. Over time, marriage sucked the life and soul out of my male friends.

In fact, legally tying the knot has often walled men into a kind of prison, where wives are the wardens who supervise all relationships, appointments, activities, gatherings and goings-on. In the past, men have, more often than not, grudgingly gone along–humbled, contained, subdued and restricted by the domestic goddess. Over time, this fostered widespread emasculation, leaving many males embarrassed and sometimes even relishing a wife-escape to the endless hours of drudgery at work they were forced to endure.

Sadly, even these efforts have been deemed not enough. Many wives have lofty and usually costly expectations about what they want or need. They press husbands to work harder, by putting in extra time or getting a second or third job, to ensure they can satisfy their biological destiny of being a mother. If men complain about their treatment or the unfairness of it all, they are punished by a lifetime of bickering and drama. “Happy wife, happy life” has become their motto of survival.

Thankfully, feminism’s goal of gender equality has accelerated a long-overdue revolution that they probably did not anticipate. We men now have the option of jettisoning nightmarish and one-sided relationships in favor of meaningful, self-actualized lives of self-determination and happiness. We can choose to be single, with or without children. If we decide to start a family with someone we love, we can first ascertain that partners are willing and able to pay their fair share. If we marry, we can ensure that prenuptial agreements are in place, protecting what we have if or when she decides to call it quits.

We can finally free ourselves of the shackles of marital suppression, ending the backbreaking burden of being responsible for others until the day we die from overwork or exhaustion. It is now up to us whether we choose to be in a relationship or the single life, which in its modern incarnation has become quite amazing. We are reengineering masculinity in our own image and for ourselves. Women can no longer objectify us and seek to capitalize on our status, career, and financial or other resources.

Gloria Steinman once said, “We believe that men and women should have equal rights.” The radical lesbian feminist leaders of the late-1970s women’s movement, in declaring a war on men, stated, “Women want everything that men have.” Nowadays, females do, in fact, have access to a broad and diverse range of jobs and vocations, with little holding them back. If they keep pushing themselves to the limit–as they have long pressured us to do–they can achieve a level of independence that they might once have only imagined.

By the same token, the advances they have made–and will likely continue to make–mean that the bar is being raised ever higher in regards to the contributions they must make to provide for themselves and their families. Ironically, we can help them go one step further. We can use what we learned from our role as obligatory breadwinners and implore them to “Get a better paying job!” and “Woman up!” We have the expertise and awareness of what it takes; in fact, no one understands this idea better than we do.

Indeed, we can help women by pressuring them in the way they pushed us: “Suck it up! Do what men have done for millennia! Close the pay gap by choosing extremely high paying occupations.” We should stand behind their desire for equality and encourage them to take good-paying jobs as roofers, street-sweepers, power-line installers, and refuse workers. We should support their efforts to become pilots, engineers, mechanics and deep-sea fishermen (or fisherwomen). We should discourage them from working in childcare, social work, administrative and food services, and other traditionally low-paying careers.

If women are as loyal to their families as they always insisted we be, they will undoubtedly seek out and consider occupations that pay high wages but demand substantial effort and involve a great deal of risk. As they expected of us, they shouldn’t hesitate to do whatever is necessary to bring home the bacon. They should be reassured that being under pressure, feeling constantly tired and frustrated, and relegating their individual needs and wants to the background is necessary in an equal opportunity world.

By then, women will truly understand what it means to be the breadwinner.