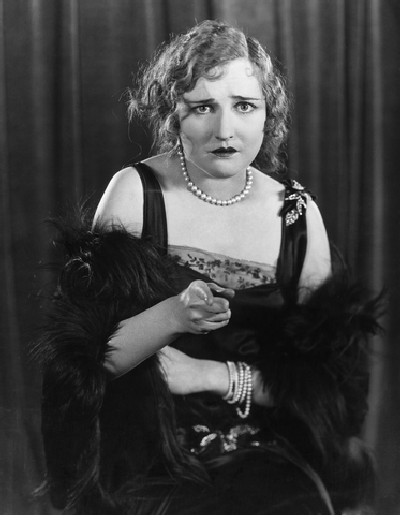 The editors of Parenting.com recommend that parents discuss intimate body parts and the subject of inappropriate touching with children when they are about three years old. The B-Inspired Mama blog suggests a more straightforward tack:

We have got to put aside our differences as parents, and talk more about this terrible topic. I began telling my children at about 18 months that they own their bodies (“your body is all yours”) and that no one has a right to touch them unless it’s okay with them.

Nowadays, few of us have not heard about the ongoing threat of sexual assault, especially that which involves young girls. Parents, generally mothers, are deluged with advice on what to do. They are told to raise the topic in an honest and age-appropriate way, which usually gets translated into “Don’t let anyone touch you down there.”

While mothers may offer these warnings in a quiet and compassionate manner, they often convey a dark underlying message as their faces turn ashen and their lips tremble. In spite of their age, young children can be perceptive and they are quick to absorb unspoken words. In fact, a mother’s inner fears can become contagious; it doesn’t take long before indelible fear is etched onto her daughter’s brain. Parents are socially constructing fear.

Like a growing number of young female children before her, she has been taught about the relentless and pervasive threat of unwanted sex and rape­–by men. Over time, her apprehension is compounded by repeated admonitions from parents reminding their daughters, maybe even pleading with them, to “Tell me if he touches you!” It isn’t long before the dreaded anxiety about being raped becomes the social construct forever guiding another girl’s life.

Indeed, according to various surveys, almost all women are worried about sexual abuse. A recent BuzzFeed article listed 29 everyday activities that ordinary women avoid because they are frozen and apprehensive about being attacked or abused by a male. Among the things, they are frightened of meeting the cable guy, traveling alone, couch surfing, and going out at night. Some are even anxious about wearing heels or a ponytail, because it might be harder to flee from an attacker.

While many women readily agree, as a Vanity Fair poll found, with F.D.R.’s assessment that we have nothing to fear but fear itself, a majority also says that they are afraid of “walking alone at night,” clearly alluding to concerns about being attacked, almost certainly by a man. Writer Anonymous Jane probably sums it up best when she says, “I’m smaller than most men and afraid of being beaten. I’m afraid of being raped, I’m afraid of being taken advantage of, I’m afraid of letting myself fall into an abusive relationship.”

But Jane is not alone. Many women have repeated her words and others like them. For the most part, it seems that women are terrified of certain masculine traits, such as aggression, anger and violence, for no other reason than that some men have exhibited them in ways that have hurt some women. Many readily accept that this is what men are like. Recent studies have found that up to two-thirds of women have had fantasies about being forced into sex, yet it is something they continued to be petrified of.

Women are taught to be Terrorized

In fact, according to Patricia D. Rozee, author of “Fear of Rape,” an entry in the Women’s Studies Encyclopedia, they fear this kind of attack more than any other violent offense. Her studies show that this phobia, common among a significant majority of girls and women, develops in the early years, generally between the ages of two and 12.

In many cases, those studied claim they remember hearing warnings from parents about stranger-danger at a very young age, although there was no explicit reference to sexual assault. But as they grew in age and maturity, their parents added increasingly explicit warnings that were probably thought to be age-appropriate. However, what might have begun as an earnest attempt at responsible parenting led to a circumstance where girls and women fear and distrust the opposite sex.

Against that backdrop, it is not surprising that when a girl who is somewhere between the ages of five and nine sees boys her age acting unruly and rambunctious, jesting or jousting, or engaging in rough-and-tumble sports-like play, she experiences rising anxiety. She may feel aghast as boys take chances and break rules, triggering recollections of parental warnings about the things that men do. Before long, she may be thinking that she must protect her private parts, worrying that her deepest fears may become a reality.

When they grow older and become “tweens,” certain biological and social urges take over and girls begin to develop new life goals, where romance is often a key aspiration. Some may be unsure about whether of not they are genuinely interested in pursuing romantic relationships, or if such feelings stem from peer pressure. Regardless, many find themselves embracing socially constructed messages about love and happiness, like those in the movies and romance novels.

This can spur mixed and complicated feelings; suddenly, they must look beyond, or even ignore, the ugly stereotypes about men that lurk in their minds. In many cases, they resolve the conflict by placing faith in the notion that love conquers all–even the threat of potential abuse. Unfortunately, this is an ignorant expectation that usually falls short. Humans express varying degrees of love, happiness, anger, joy and violent emotions at unrelated times. They are not static.

As they approach adulthood, women quickly find themselves bombarded with popular feminist ideologies, including White Male Privilege, Patriarchy Theory and Rape Culture Theory, which portray one-sided views of where women rank in the world.  Through the narrow feminist lens, they generalize seeing women as being oppressed by a white male patriarchy of powerful and privileged men, and pegged as second-class citizens–relentlessly objectified, violated and raped.

These distorted and self-serving dogmas have played a major role in stereotyping males as aggressive, dangerous and toxic. Instead of boosting females’ self-esteem and expanding their career options, modern feminism has helped to convert many women into angry, assertive male-hating anarchists, as Tom Martin writes, describing his experiences, in a Guardian commentary, “You Can’t Deny it. Gender Studies Is Full of Male-Blaming Bias.”

The feminists’ misguided ideas have also polluted the system to such a degree that acquiring a genuine understanding about gender issues has become very difficult, if not impossible. Someone who reads through a copy of a book like Women’s Voices, Feminist Visions: Classic and Contemporary Readings will experience a lens that points in one direction: the dark side of gendered violence, defined as male intimidation; emotional, verbal and physical abuse; sexual assault; rape; and murder.

Through this gendered lens of misinformation, we are repeatedly told that “men are violent,” leaving gullible or impressionable readers with the belief that only women suffer from male abuse, stirring sympathy for their gender.  But in reality, this is neither correct nor fair. A survey of abused men found that up to 95% of them had suffered systematic violence, rape and coercion into unwanted sex at the hands of men and women.

In truth, individuals of both genders have been victimized in this way and yet men rarely go through life with the fear of being sexually assaulted. Admittedly, the masculine characteristics that many women seem to revile and fear, including strong emotional armor and a resilient reaction to aggression, provide them with a measure of protection. Men are socially constructed to manage violent situations, conflict and danger, and that is not, as the feminist propagandists would argue, a bad thing.

It would help, of course, if the nation’s system of higher learning did its part in helping people to become genuinely enlightened. It would be better for all concerned, for example, if colleges taught women and men alike about the wonders of authentic masculinity, so as to ensure a healthy respect for the natural male and to counteract the false stereotypes that have been relentlessly reinforced.

Ironically, women have often tapped certain into masculine traits for their own agendas, but that is not the case in regard to rape fear. Women should be thinking about the role they played in creating an environment where males have been blamed for any number of society’s ills. Instead of continuing the heritage of mothers telling girls about how bad men are, it is time for women to deconstruct these emotionally dangerous hypotheses–and prevent themselves and other females from living in misery. Mothers can educate children while not instilling paralyzing fear.

Efforts should be focused on developing programs to curb and work through fear and other unhealthy emotions, assuaging the tension that is holding everyone back. Millions of women can stand tall, shoulders relaxed, and live free of apprehension and anxiety based on a critical misunderstanding and misguided philosophies. Yes, there are men who do bad things, but the focus should be on figuring out how to stop these individuals, rather than denigrating the male gender as a whole.

Of course, the feminists must also do their part. They must put an end to so-called rape culture mantra that perpetuates an unwarranted fear of men raping women. Women’s organizations have an obligation to stop promoting social constructs that make girls and women feel frightened and victimized. Instead of being unaccountable for stirring up such feelings, feminists should take responsibility for helping their sisters to live free from these anxieties, winning the prize of self-determination in the process. At that point, they can move forward with their lives, achieving their goals without experiencing fear and terror in every step.
About the Author

Tim Patten has published the handy investment guide: MGTOW, Building Wealth and Power. He also wrote WHY I CHEAT – 11 campfire stories for men’s ears only. Both books are a celebration of masculinity and pay homage to the modern men’s liberation movement. Patten previously published a novel about establishing gender equality in professional sports, Roller Babes: 1950s Women of Roller Derby.