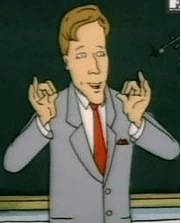 A few days ago, Joe Biden mentioned that he has not yet decided whether he will run for President in 2020.  It is time for the “National Coalition For Men”  to give him that extra push, by endorsing him to be our next Commander-in-Chief.

Men’s advocates have criticized Biden for his efforts involving the Violence Against Women Act in that it excludes men.  Men are more likely to be victims of crimes than women, get longer sentences and after all the law does violate the equal protection clause of the constitution, blah, blah, blah.

However, the evidence shows that Biden would support a violence against men act. Take these three examples. In 1990 Senate hearings, Biden said that growing up: “It was a nuclear sanction,  if under any circumstances, for any reason, no matter how justified, even self-defense,  if you ever touched your sister (http://ncfm.org/2012/07/activities/biden-babble-and-the-dancing-fool/).”

In a speech to “Vital Voices” a women’s group “celebrating men who combat violence against  women”, Biden  told  of a time when his younger sister pointed out a boy who had pushed her off her bicycle. Biden later saw the boy leaning down on a counter in a donut shop, and said he “walked up behind him and smashed his head into the counter.” After some applause for this enlightened response to aggression, Biden continued. He said he told the boy’s father, “If you ever touch my sister again, I’ll come back and I will kill your son (www.thedailybeast. com/articles/2014/12/11/ joe-biden-i-ll-kill-your-son.html).

Third, responding to Trumps, statements to Billy Bush about women, Biden related that if he was still in high school he would take “Trump behind the gym” to pay for his remarks.  Clearly, he is an advocate for a violence against men act. (www.cnn.com/2016/10/21/politics/joe-biden-fight-donald-trump-2016-election/).

Actually, I think that men’s advocates were for equal protection for men not sanctioning violence against men, an easy mistake to make. Still one can’t help admire Biden’s behavior.  He took the word of a seventh-grade girl who never lie to their older brothers. While it sounds like accepting heresy, Biden being a lawyer who graduated in the top half of his class, obviously knows better.

Like other male feminist heroes (such as Phil Donahue], not only did Biden fight a females battle for her, he did not even say his sister wanted his help. Plus, even men can admire the manly act of attacking a helpless victim from behind.

Trump said in the Billy Bush tape not that he did, “but could” get away with grabbing a women’s genitals. Trump denied engaging in such behavior. Biden’s response was to say Trump’s remarks fit the definition of sexual assault.  This is sound thinking. Biden did note that no longer being in high school, and knowing the definition of assault, he would not really take Trump behind the gym.