NCFM NOTE: This “anti-male” case could be a huge victory for men since they are the primary adversely affected group. Anyone who interested in due process in disciplinary procedures on college campuses knows that systems are rigged against males and blatantly disregard constitutional protections in favor of social re-engineering and “social justice,” which is largely malarkey. Hopefully, this victory will lead to many others and the outcome may positively impact one or more of the 100 or more related pending lawsuits. 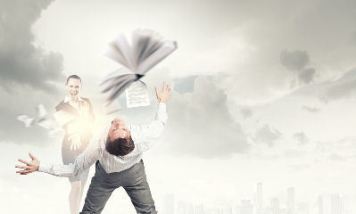 “From the outset, Columbia University manipulated this investigation and engaged in gender bias.”

A male student at Columbia University will be allowed to proceed with a lawsuit accusing the school of “anti-male” bias in its handling of a female student’s sexual assault accusations.

The Second U.S. Circuit Court of Appeals issued a ruling Friday reversing a U.S. District Court’s previous dismissal of the male student’s suit, conceding that the university may have violated Title IX by demonstrating “sex bias in disciplining him for an alleged sexual assault.”

The District Court had initially rejected the student’s standing to pursue the allegations related to Doe’s suspension from the university in 2013 for “sexual assault nonconsensual intercourse,” deeming his claims implausible.

The Second Circuit re-opened the case in April however, and determined that Doe’s bias allegations are, in fact, sufficient to substantiate a rule 12(b)(6) motion because they meet the minimum standards for plausibility.

[RELATED: IU sued for failing to punish accused rapist despite lack of evidence]

In an interview with The Daily Beast, the plaintiff’s attorney, Andrew Miltenberg, said that the university was motivated to engage in anti-male bias due to “public pressure” and negative publicity over its past treatment of female sexual assault victims.

“From the outset, Columbia University manipulated this investigation and engaged in gender bias against the accused, ignoring evidence and conflicting accounts presented by witnesses,” Miltenberg elaborated.

According to Doe, the university did not inform him of his rights before the proceedings, and school officials failed to interview multiple witnesses he had recommended, who he says could confirm that he did not force himself on the female student.

Read the rest of the article here: http://campusreform.org/?ID=7939

Anti-male bias, sometimes referred to as misandry, is prevalent throughout our educational systems.