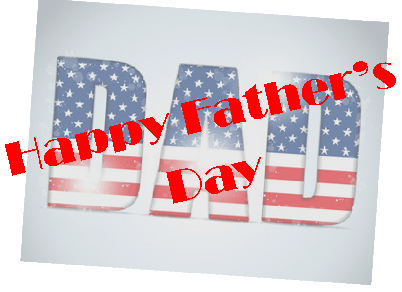 Then he showed up. My attorney friend, a good man, divorced many years. One daughter in Florida and a son in San Diego, both young adults, she is married and my attorney friend is now a grandfather at the ripe old age of just turned 60.  There was a bitter divorce. He never remarried and was allowed very little time with his children when they were growing up. His now adult son helps run the family businesses, lives in San Diego, is well grounded and sees his father every day. My attorney friend’s, daughter’s family, and he go back and forth – not arguing, but traveling from one coast to the other. All seems well. I have no idea what they all do on Father’s Day.

It is now 7:38 p.m. Over an hour has passed since I began my muse. One of my board members just texted an objection to a well written article just posted on our website, “Patriarchy and Lesbian Feminist Scholars.” It occurred to me that we all had or have them, fathers that is, even lesbian feminist scholars and those named in the article that clearly have no use for men, perhaps not even their own fathers that gave them life. I wonder if such people who hate men had a horrific father or no father at all, whichever is badly sad, this year, every year, even this minute now.

In the past hour or so too, my son, daughter-in-law, two grandsons traveling in their Jeep and mother-mine worked out the scheme for tomorrow telephoning and texting back and forth. Denny’s, Yippee, Grandslams delivered. My mother is just under 90 as in years old. Son just under 40, daughter-in-law younger and not saying, grandson One just under six, with grandson Two pulling up the rear diapers and all. Me, well, I am in there somewhere wondering how it all happened and whether I will make 70. Mom cannot travel anymore, can barely walk, loves the grand-kids and tolerates the rest of us, hence the Grandslams delivered. We’ll leave her at the house after Denny eggs, bacon, pancakes, and hash brown potatoes crisp not burnt with an extra side for me please, after all, it’s Father’s Day. Then we will celebrate all of Us at the park flying kites!

It is important, the thank you part, the sharing. It is important to thank all those Dads, the hundreds I know and thousands I will never meet, for nothing more than being who they are with a side of hash browns not burnt but crisp and thoughts of them flying kites with families at the park.

Next door, through the adjoining wall to my office, is another nonprofit organization of which I am a founding member. It helps Veterans. Today they had their once a month legal clinic. Nineteen Veterans helped. How many were fathers I do not know. Some were for sure. Some were divorced. Some have not seen their children in years. One or more after several tours in war zones seriously injured only after coming home to find his children gone, taken by a court, given to the mother, without so much as a thank you for his service. The clock just ticked past 8 p.m., what to write…

The marriage survived 20 years in the Army and so did my son’s career. He’s a 100% disabled, doing well chasing down a college degree, and the best father any child could ever have. My daughter-in-law steadfastly refused to abandon my son, even after torturous returns from combat. She occupied herself with chasing down a Master’s degree, which she put to good use with a good company working with good friends. She’s a best mother. It will be good to see her fly a kite along with my grandson almost ready to turn six-years-old laugh, jump, and run. I never see him just walk. He is always in motion, sometimes with lower lip protruding but mostly with smile, happy, secure, loving, for he has the best two parents in his world along with an equally happy little brother. They are family and think Granddad is Ok too.

All were invited to our neighbors annual Father’s Day backyard barbecue bash with pork ribs, baked beans, corn-on-the-cob, garden fresh vegetables from another neighbors house, and the to-die-for green beans I make with bacon, garlic, onions, and a spice or two, along with several Dads and a beer or three. It will be hot. Several families in and out all afternoon with lots of kids every year a bit bigger, older, bolder, growing to adults sooner than anyone knows. My son, a best father, retired from the Army before he turned 40, can’t go. Three tours of duty in war zones, loud noises, crowds, and an anxiety disorder don’t mix. My neighbor Joe loves my son as he does me. Joe’s wife Jan too, but she really wants to hold the baby, so says husband Joe. Denny’s delivered in the morning every bit as good.

Here I sit later in the evening just before Father’s Day. Usually, by now, I have finished, whatever is it that moved me to write whatever it is I wrote. There is so much to say. So many thanks to give so many fathers – so many of whom are Veterans disabled by wars in faraway places or the war against them as father’s here at home. Tomorrow is another Father’s Day to remember in all the ways we are blessed. It’s late. Good night. You are in my thoughts thanking you for being the father you are or the one you always wanted to be…