NCFM President Harry Crouch, wishing you the happiest of Thanksgivings 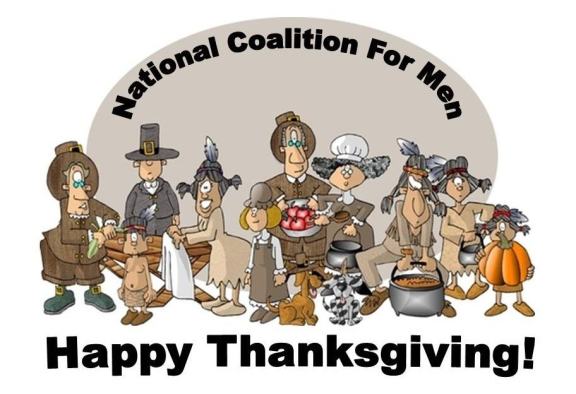 I usually end my daily mile or so walk at the Santa Fe Depot where my monthly pass saves my feet by riding the trolley back to our office. Sometimes, especially around Thanksgiving, as I walk the streets I occasionally feel like a wandering pilgrim, searching for some moral significance hidden deep under the pavement and concrete upon which I travel.

As most of us know, people traditionally eat a large meal with family or friends on Thanksgiving. In America a day of remembrance for the Pilgrims who preceded us. Then again, some of us do not.

At American Plaza, our first stop going uptown, a woman came aboard and sat facing me two seats away. Fiftyish, red-brown hair, no makeup, clean but somewhat disheveled, clutching a white plastic shopping bag, with a well worn orange cover thick spiral notebook, holding a medium tip orange Sharpie, showing chipped orange polished fingernails which otherwise appeared clean. She was talking. At first thought, maybe a Bluetooth phone clipped to an ear, talking conversationally while writing busily with her orange Sharpie in the obviously well aged orange covered spiral notebook, thick. I could see what she wrote from a reflection in the window next to her. She seemed not to focus on anything in particular. Never looked down at what she was drawing, silently talking, talking, talking to no one in particular, no words came out, not a sound, nothing. She wrote nothing. She kept rapidly moving the Sharpie repeatedly in some sort of pattern. There was orange coloring already covering over half of the one page on which she vigorously applied the Sharpie, which was clearly dry, had no ink, and was empty since no new color graced the paper after she passed her pen. She stared somewhere into the distance, lips moving, red chipped finger nails writing nothing with an empty Sharpie in a fat notebook maybe with nothing inside but more orange riding the Trolley to who knows where. She was fascinating. I was enthralled and wondered what in hell she was thinking. What did she think she was writing or drawing? With whom did she think she was talking?

I came out of my reverie in time to see another woman, one I knew, though not by name. She lived on the corner of Union Street and C Street, the latter of which ran the trolley track. As usual, she sat with head down looking at the concrete sitting on the base of a street lamp surrounded by her worldly possessions. When I walked that way, down C Street, rather than taking the Trolley I once saw her gingerly brushing her teeth, at least what was left of them. Sometimes she reeked, was foul smelling, beyond dirty, sometimes not. Where she cleaned up, bathed, I have no clue. Sometimes I give her a dollar. She always says thanks. Her space is directly across the street from San Diego’s new $555 million, 22-story, 400’ high, Central Courthouse with 72 courtrooms, just topped off by 650 construction workers and where $150,000 a year plus benefit judges will soon dispense something once known as justice. I think she will soon have move.

I am not sure exactly how it works but the Department of Corrections unceremoniously dumps some released prisoners directly back into society. I spotted one last week late at night standing near our office building, about 50 or so feet away, bewildered, seemingly lost, in a pair of cheap sandals, wearing black knee length athletic shorts, no shirt, carrying a plastic bag with not much in it and no place in particular to go. It was chilly getting colder. He looked at me lost, wanted to ask me something… My arms were full of stuff; I wanted to give him a shirt or a jacket. I had to get rid of the stuff first. He said nothing. I said nothing. He turned, looked in a garbage can, and walked down C street toward where the woman lived on the corner across the street from the new $555 million dollar court house where $150,000 a year plus benefits judges will soon safely work. He was young, frightened, and alone in an inhospitable city.

Two days ago on the way to lunch down C Street toward Santa Fe Station, I walked by another homeless man I’d seen many times. Some homeless have custom contraptions with wheels that hold what most people might call a ton of junk. But, to them, it‘s everything they own. Everything they need to survive one day to the next. They pack it, stack it, cram it, shove it, and otherwise find a place for it on the contraption with wheels. Sometimes there is even a trailer making it a tandem contraption often involving a bicycle. There he sat, on the ground, legs crossed one over the other, by his mound of stuff, bewildered. I saw it. Saw the wheel, small wheel with spokes, twisted, crushed, off axle, destroyed, half-visible under hundreds of pounds of stuff. His contraption broke, busted, bent, everything owned unable to move sat on the ground in front of him. He sat muddled, no AAA membership, no friend with a pickup to help, what to do, he too had no clue. He stared at nothing in particular directly across his ton of immovable stuff without the aide of an inkless Sharpie and orange covered spiral notebook coloring his dilemma hopeless. A trolley roared by at 30 or so miles per hour carrying all sorts of people purposely heading somewhere in no need of such a contraption as he or she.

On holidays, like Thanksgiving, in San Diego, Father Joe’s Villages provides meals for thousands of people, including the trolley woman talking with no one in particular, the disheveled women living on the sidewalk across from the new $555 million dollar courthouse, contraption man with all his stuff and anyone else. Celebrity and gourmet chefs do the honors. It is a good thing for sure.

Just because one is alone during the holidays does not mean they have to be lonely. Unfortunately, just because someone is surrounded with friends and relatives does not mean they do not feel lost and alone. Me, I guess I am one of the lucky ones. I will be cooking dinner for my family and a couple of friends, all of whom will hopefully enjoy the large meal and companionship.

Nevertheless, I will be thinking orange, courthouse, and contraption wishing all three and everyone else some happiness this Thanksgiving, especially you and yours. There are always the less fortunate.

If you are reading this, please know that you are among friends. From all of us at NCFM, we wish you and yours the grandest of Thanksgivings.

To reiterate, for our members, supporters, and volunteers, thank you for helping us help others make the world a better place for all of us.

Next year is our 40th anniversary. All that time, for 40 years, we have been supported by private donations. We must be doing something right! You can help support our efforts by becoming a member or contributing financially; or, both! Please do.