We have enough reason to believe that San Mateo County, California, treats similarly situated male and female perpetrators (alleged or otherwise) disparately. A plethora of validated scientific evidence confirm women just as often commit violent acts of domestic violence as do men. Yet, alleged male perpetrators, many of whom are the true victims, are prosecuted more fully than are similarly situated female alleged perpetrators who are most often viewed as victims. Such disparate treatment has to stop. Please feel free to use the request for information below as a model to request information from the government in your area. If we inundate governments with such requests maybe they’ll begin to understand that we need to deal with behavior not gender.

Click on the letter or link below to read the entire letter. 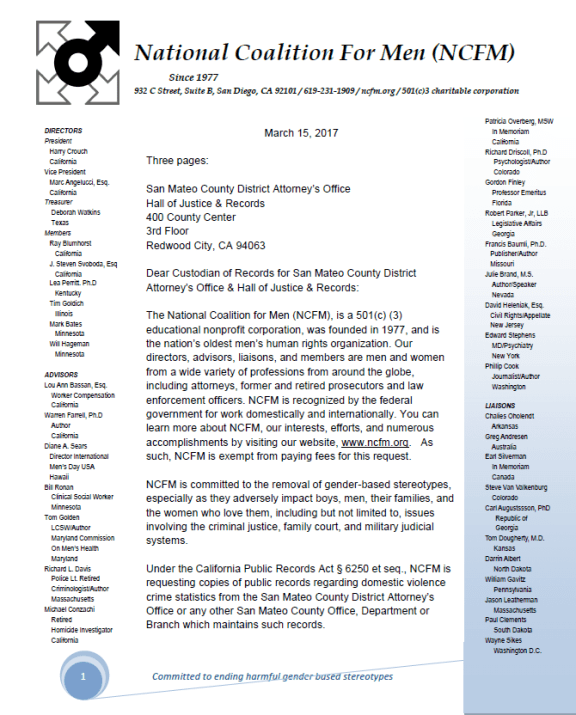 Domestic violence is not gender specific.