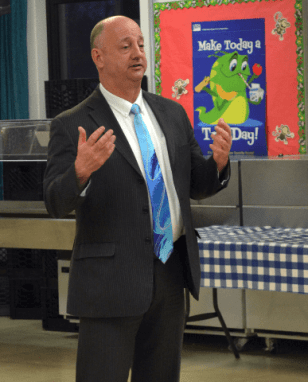 NCFM would like to help ensure Mr. Cavanaugh never holds elective office, especially as an elected District Attorney. Please help us help the citizens of the State of Maine be free of him.

Maine prosecutor Paul Cavanaugh MUST NOT BE APPOINTED District Attorney without an election!

Paul Cavanaugh was the former longtime 1st Assistant District Attorney from the misconduct riddled DA7 office of Hancock and Washington County in Maine. A Federal Civil Rights lawsuit has been brought against prosecutor Paul Cavanaugh, his office, six law enforcement officers, four police departments, and the town and county due to the prosecution Paul Cavanaugh and Mary Kellett conducted.

In 2014, Paul Cavanaugh tried running for District Attorney and lost the primary election to Matthew Foster (a defense attorney who has never been a prosecutor before).

While Cavanaugh and Kellett were at the DA7 office, defendants were deprived of their due process rights and access to evidence of their innocence. Their office had the worst record in the State of Maine where indiscriminate prosecutions were devoid of justice, discovery compliance, and ethical obligations. Cavanaugh prosecuted the innocent and gave deals to female child molesters to serve as little as 30 days in jail.[4]

Cavanaugh is now being sued in an unprecedented Federal Civil Rights lawsuit brought by one of the innocent men Cavanaugh sent to jail. The man was later fully exonerated after it was discovered that the court ordered evidence of the man’s innocence was withheld.

Now, Paul Cavanaugh could avoid an election and get Governor LePage to just appointment him District Attorney of neighboring Prosecutorial District 6 and its four Counties! If he is appointed, he will likely rehire disgraced prosecutor Mary Kellett and rejoin disciplined prosecutor Bill Entwisle to continue the culture of misconduct for which they were all run out of Prosecutorial District 7 in 2014.

This is bad for the Maine justice system and the people of Knox, Lincoln, Sagadahoc, and Waldo counties who don’t know what is about to be done to them.

Paul Cavanaugh MUST NOT be appointed DA by Governor LePage!

Please sign the Petition and e-mail it to Governor LePage TODAY demanding that he NOT appoint Paul Cavanaugh as DA over the people of Knox, Lincoln, Sagadahoc, and Waldo counties!

…and finally, he does not know how to correctly wear a tie, which is an elementary task for any decent prosecutor…