Where have all the men gone? – A Voice for Men 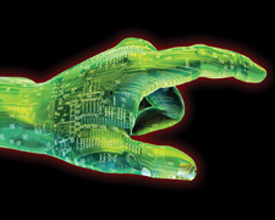 It’s a question posed today by both social conservatives and liberals alike.  And yet all the “great minds” of academia and political punditry combined, heard spewing forth from their ivory Towers of Babel, seem to be utterly vexed by the answer.  From William Bennett, George Will and Kathleen Parker, to Michael Kimmel, Kay Hymowitz and Hannah Rosin they all agree the modern male is broken and somehow needs to be fixed, but how exactly they can’t say.

In her natural biological state an adolescent girl is given a rite of passage into womanhood, signaling she’s now an adult woman, whether she wants to be one right away or not.  If she later becomes pregnant and gives birth she becomes a mother.  For the male of the species the transition to adulthood is not so readily apparent.

He can join the military and transition to a sort of manhood, which also offers the distinct possibility of transitioning him to a flag draped coffin or a cripple for life, thus making the rather expedient transition from “man” to “hero”.  Or he can begin to work, find himself a willing and fertile female to pair bond with and begin the creation of a good old fashion nuclear family, only to have her go all “Eat, Pray, Love” on his sorry ass 5 years later, (because she’s bored) finding himself indentured to the local family court system for 10 years hence, and the part-time joy of part-time involvement with his kids lives.  Who said men don’t have choices?!

A Tale of Two Worlds

In speaking with my brother the other day at our annual catch-up phone call I asked him how his daughter was fairing out in the big cruel world.  (I refer to her as “his daughter” and not “my niece” because despite my efforts to reach out to her, she can’t be bothered to reciprocate.)

“Oh she’s doing great!”, he says.  She just finished her master’s degree in something called “Enviro-catastrophe Studies” and got a cushy little government job with a state agency.”

“What about your chance of being a grandfather anytime soon?” I ask.

“Well she likes guys and she’s had a few boyfriends, but she makes her position on anything long term very clear, she will NOT be controlled by a man.”

“You mean like her mother, your ex-wife, claimed you used to do?”

Now you know why we only talk annually.

A couple of years ago I was asked to help a young man of about 24 years of age out with some “failure to launch” issues.  He was just getting off probation for dealing weed, as a little side business to supplement his career in pizza delivery.  (At least he understood the dynamics of synergistic market demand)  He was the quintessential “lost man in the promised land,” sleeping late, getting high and playing Xbox.  Eventually our relationship came down to an ultimatum, “Either get a job by the end of the month or live in your car.”  The very last day of the month he got a job as a dishwasher paying $10 an hour.  He was ecstatic that he somehow passed the drug test and background check.

Along our path of living together in my humble little dojo, I asked him one day what he thought about women, having a girlfriend, getting married and having children…and he says to me in a way only the modern high school graduate might, “No way, women are bitches man!  I mean some of them are OK but most of them really suck!  I’m never gonna get married!”

And here my dear reader in lies the essence of the problem, albeit in anecdotal form; the modern sassy girl on the go; little Ms. Independent, “refuses to be controlled by a man,” (although he BETTER allow himself to be controlled by her) and the “lowly slacker” is left with little inspiration to make himself part of such an arrangement, other than perhaps the hope it would somehow work out better for him than every other adult male he’s ever known, including his own father.  What’s the point of all this ambition nonsense when he has nothing to prove to anyone but himself?

To Answer the Question

Wouldn’t it be grand if young men, shamed into compliance, would spontaneously “man-up” and start families with young women?  “Finally they took heed of all our combined scolding!” – the elites would exclaim.   If only men would dump their video games and weed, GROW UP and start marrying young women all would be groovy again.  Men are the problem that needs to be fixed; women are simply marvelous examples of human existence, as always.  Everyone knows this.  It’s on TV.

But who exactly does he marry if all these fantastic women are busy being men; toiling in the hard scrabble world of cubicles, meetings and text messaging?  They might “settle down” in their mid-thirties and pop out a designer baby conceived from sperm purchased at the “genius bank”, or they might not.  She has choices.  She’d prefer a man, but as Maureen Dowd quipped in her condescending pop art lit tone of commentary, “Are men really necessary”?

“For whatever reason, adolescence seems to be the young man’s default state.”, concluded Kay Hymowitz.  “For whatever reason…,”  In other words what she means to say is that if a man consciously decides to not marry and have children, (ostensibly his “duty” as a ”man” to society and to women) he’s chosen a state of perpetual adolescence.  “Shame on you guys!”  But did it ever occur to the highbrow illuminati that perhaps he doesn’t have a choice, that there simply aren’t any viable FEMALE candidates for marriage; at least ones that don’t defiantly declare they “won’t be controlled by a man”.  Can you imagine a single young man claiming he refuses to marry because he “won’t be controlled by a woman”?  Cue the accusations of sexism from the sexist police!

So by today’s standards, if “manning up” means committing to a lovely young wife who gladly presupposes motherhood and commitment to said young husband and father of their children, then “woman-ing-up” is defined as getting a degree, dedicating her efforts to her career and delaying child birth until she finally quits hitting the snooze button on her biological clock; and that’s if she has children at all.  In other words, women have made the transition to manhood rather nicely, while men are transitioning to womanhood while kicking and screaming (with a bunch of “whining” as they say).  Women want to be like men, but men don’t want to be like women.  Womanhood has never been so unpopular.  Imagine that!

If the combined Ivy League sheepskin of social scientists and cultural prognosticators have to have someone who barely graduated from high school, (yours truly), answer the simple question, “Where have all the men gone?” one must wonder about either the usefulness of a degree or the blind devotion to either chivalry or the power of feminist orthodoxy within the collective conscious of our “best intellectuals thinkers.”   They stink, therefore they’re feminists.

“Where are they?” you ask.  They’ve disengaged and disconnected faster than you can say “herbivore” because after all the ridicule, shaming, condemnation, discrimination and legal abuse society has inflicted on them as a group. They’ve simply decided to retreat and stop contributing.  Call that “adolescent” if you’d like, (they really don’t care anymore, as they’ve been called worse).  I call it a very natural reaction that’s long overdue.  Because if the threat of “control” is the problem, he’ll gladly let go of the reigns and the horse that came with them without a shamed or regretful bone in his body.

When I was in 8th grade there was a tough girl that hung out with the tough guys who had it out for me.  She would provoke me with insults, kicking and one time a hard whack across my face.  She wanted to fight me, “call me out.”  Had I agreed I would have been ridiculed for beating up a girl, (and beaten up by her enforcement crew as well).  Had I said “no” I would have been ridiculed for being a coward (or ironically a “pussy”) to not agree to fight a girl.

Eventually I had to “man-up” and make a decision one way or the other or the taunting would continue, so I decided NOT agreeing to fight was the best choice of two evils.  I disengaged from the proposed battle because either way I was gonna lose; it was just a matter of deciding by how much.  By that time I was numb to the pain shaming brings with it anyway, the emotional nerve endings scarred over as it were, so I didn’t care what they had to say, I just ignored them and eventually they began to ignore me.  I declared the game over and conceded, much to their disappointment.

Such is the plight of the modern young man.  If he fights/competes against woman (and her enforcers) he loses and if he turns his back to her (and her enforcers) he loses.  The difference now is that he’s shamed and ridiculed to the point of being impervious to it.  He’s declared the game over (Hannah Rosin would agree), and he’s conceded because while he might meet the definition of being a “man,” HE knows WHO he is, and that’s someone who won’t be taken for a TOOL…

…much to their disappointment.