You Are Wrong Dr. Hooven 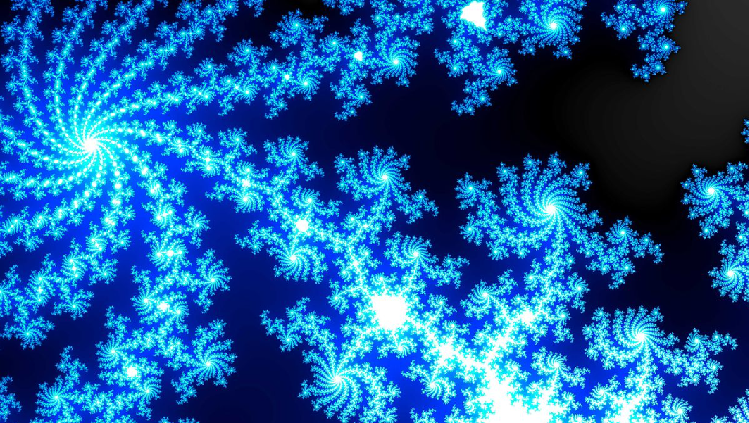 Dr. Carole Hooven I saw your interview on Chris Williamson’s YouTube channel and I don’t think you understand male sexuality at all. In fact you are not merely wrong about it, you are Fractally Wrong about it. You are wrong in multiple ways on multiple levels of analysis nested inside each other. But you have claimed (at least ostensibly) the be concerned about males, so let me try and set you straight.

I’ve not spent a lot of time talking with other men about their own experiences of sexual desire so I’ll be relying just upon my own, and while a sample size of one might not seem like much according to normal scientific standards I would like to point out that it beats the hell out of your decision to operate upon your own dream about “being a man” – a sample size of zero actual male experiences. I will not of course be able to give a complete or adequate explanation here, as there’s far to much complexity and nuance involved but I hope to be able to correct a significant portion of your errors.

I’d like to start by making a distinction between frequency, intensity and kind, all of which you are wrong about and each of which deserves attention in it’s own right – although I think I’ll have to talk about frequency and intensity together.

Most of the time desire for sex is a lot more like noticing the color of objects in a room; the colors in a room are always available for me to direct my attention to whenever I please but I don’t generally spend a lot, much less most, of my attention on them. If I’m eating a sandwich I usually don’t spare a thought to what color the table or even the plate might be, unless something specifically draws my attention to that question. Most of the time my desire for sex is like that as well, if a woman asks me to pay attention to her body (by wearing a low-cut top to display her breasts for example) I will notice her as a potential object of desire, or if a particularly beautiful woman is in my field of vision I’ll notice her beauty as well. But even availability of sexual desire is not constant because there are plenty of times when I’m simply not interested at the moment, even if I see a very appealing or available female.

But lets move onto the topic of Kind: what is it that I’m wanting when I want sex? or an interaction of a sex-adjacent nature? After all, this is the point on which your error reaches fractal levels.

Your first level of error is in thinking that desire for one thing (or aspect of a thing) either excludes or precludes desire for other things (or aspects of that thing). Not only is this incorrect but its often the opposite of reality.

As a trivial example I’ll take saltine crackers, pepperoni, and cheddar cheese. One of my favorite snacks is the combination thereof. I’ll place a small piece of cheddar cheese and one of pepperoni on top of a saltine cracker and eat the set in a bit or two, and I tend to eat a lot of these in one sitting and have the unfortunate tendency to keep going until I run out of one ingredient or another. I’m also perfectly capable of enjoying or wanting any one of these ingredients on its own but not nearly as much, if I’m in the mood for a snack, or just plain hungry, and see some pepperoni in the refrigerator I recognize it as edible and enjoyable in its own right and I may go ahead and eat the pepperoni all on its own. However much more often my recognition of the pepperoni as desirable will entice me to go find some cheddar and saltines to go with it, far from discouraging me from noticing other foods my desire for pepperoni actually motivates me to seek out its complements.

Likewise my desire for a woman’s body does not exist in opposition to desire to interact with her on an emotional or intellectual level, but in complement to those things. Her feelings and thoughts are not some obstacle I need to get past in order to access her body but things I want to incorporate into a sexual encounter. Sure I might be able to settle for just copulating with an attractive woman without much if any emotional or intellectual investment but I would be disappointed with that. Unlike eating pepperoni alone I’m not entirely sure if I could even find satisfaction in it at all. Sure my attraction to a woman often starts on the physical level, I’ll start by noticing or fantasizing about her breasts, or ears, or collarbones, or thighs but that does not act as a barrier or a deterrent to desiring an emotional or intellectual connection or interaction. Rather, that physical desire leads me on to consider and desire an exchange and expression of affection, care and thought between us. While distinct from one another physical, emotional, and intellectual desire for a woman are not truly separate.

So much for your first level of error in conceptualizing male sexual desire, and onto the next.

You have attempted to juxtapose the physical with “a whole human person” (whatever in the world you might mean by that), but in reality the physical is the emotional. All communication is a process of mediation between the subjective and interior experiences of individuals though some exterior and objective process. Otherwise the means could not be shared between them and no communication could occur.

Out of all the means by which we communicate touch is the most fundamental and the most deeply meaningful, so much so that it transcends not only cultures and languages but even species. As two examples we hug and hold one another to show care and give comfort, we high-five to show our happiness in someone else’s success, excitement or benefit (hugs of a more energetic kind sometimes manifest here as well). And between species, dogs and cats both like to be pet and scratched (or at least many individual ones do) beyond merely feeling good – they know its how we show them affection and they want that affection. Cats rub against your legs to show that they like you, many dogs will jump up on their hind legs and put their front paws on your body in order to greet you. And both will want to cuddle with us when we are well, and will try to come snuggle to make us feel better when we are sick. Handling one another’s bodies is the most fundamental and the deepest means by which we communicate emotion to one another, so deep and fundamental in fact that even sub-human species like cats and dogs understand it (and us when we use it).

But you don’t understand this Dr. Hooven, in fact far from understanding it you oppose a desire to interact through touch to a desire to interact with “a whole human person” which you are used to being attracted too. So I’m wondering what is this “whole human person” that your referring to. It’s not the body that you juxtapose it to, it can’t involve affection, care or any other emotion as you have thrown them out along with the means by which we best express them. So what is it? The facebook memes someone reposts? Idle chit-chat over coffee perhaps? I’m rather curious to know what you think “a whole human person” is.